Linda Granebring grew up on Hasslö island: a locality with a landmass of just over three square kilometers and less than 2,000 inhabitants.

Connected to the mainland by a single bridge, the population of Hasslö has traditionally depended on the Baltic Sea for its livelihood, with fish being a staple ingredient of the local diet. Looking back, Granebring acknowledges that her family’s rituals were largely shaped around the values of food and eating well. “It all revolved around a good meal,” she says. The young chef also had the luxury of growing up in a house with a large garden, which meant that the ingredients used in the kitchen were often prepared by the same hands that cultivated them—undoubtedly a huge influence on how she thinks about cooking today.

“At Le Fumoir I really learned about what it means to work in a big restaurant with around 300 covers a day.”

The importance of eating high-quality, well-made food was perpetuated by Granebring’s mother whose love for cooking was instilled in her daughter from a young age. “My mom really enjoyed cooking. We ate at fixed times, everyone sitting around the table; and before we even got up, someone would ask what’s going to be for dinner,” she says.

Granebring’s professional career took off after she moved to Paris. Initially, she only wanted a change of scenery, planning to stay for six months, but nine years later, she’s still living in the French capital. Her first job in Paris came after a friend from university put her in contact with the head chef of Le Fumoir, Henrik Anderson. Located just across from the Louvre, Granebring spent a fruitful year and a half working at the popular restaurant-bar. “At Le Fumoir I really learned about what it means to work in a big restaurant with around 300 covers a day. I loved working there,” she recalls.

When she was only 22 years old, Granebring joined Cercle Suedois as a chef. This private club founded by Swedish expats in 1891 houses a restaurant serving traditional Swedish food. While there, she immersed herself in making countless orders of Salmon Marinades, Gravlax, and Marron Marinade.“Those days helped shape my current cooking style,” she explains. The Gravlax was a particular favorite: it was easy to make, and reportedly, very delicious. “You take fresh salmon, marinate it in sugar, salt, and spices for two days—for the spices, I used fennel seeds, white pepper, and sometimes dill—and then cut it into thin slices.” As far as French cuisine is concerned, mastering the basic techniques for making traditional delicacies, such as béchamel sauce or choux pastry, was also part of the deal. “I love pastries, crème brulée, shortbread cakes, and pies,” she says.

“It just hurts to throw things away. Right from the start, we should only buy what we need.”

Granebring’s apartment is located in the 10th arrondissement, which, due to its large Turkish community, is also known as “La Petite Turquie.” Consequently, she lives within walking distance from a Turkish grocery store that stocks a generous selection of herbs and spices. For Granebring, it’s not traditional Parisian gastronomy that grabs her attention—although it is undoubtedly still a huge influence—but rather the diversity present within the city. Whether it be cuisine from North Africa, Cambodia, Scandinavia, or the Mediterranean, the art of eating is a vital part of Paris’ identity. Taking full advantage of this situation, Granebring revels in experimenting with different combinations of ingredients: why not season French vegetables with African spices, and then cook them using a Japanese technique?

“In my profession, it’s a natural choice to avoid waste. I keep all the scraps and leftover vegetables to make stock, for example.”

Beyond an interest in fusion cooking, Granebring is dedicated to sustainability: “When we talk about cooking we also talk about the environment and about the energy and pride farmers put into their products. It just hurts to throw things away. Right from the start, we should only buy what we need,” she says. While passion for food and the environment varies depending on the individual, these days the movement towards zero waste cooking is growing in popularity in Paris and elsewhere. Granebring, however, believes that it’s something which all chefs should be paying attention to: “It’s strange now for chefs to throw kitchen food in the garbage. In principle, they shouldn’t have to—it means they’re doing something wrong.” For Granebring, anything we can come up with to help the environment is welcome. Recently, at a friend’s party in the French countryside, the leftovers were conveniently fed to the chickens.

And yet, acknowledging the need for sustainability is a learning process: “Getting older, I’ve become more and more aware of the environment,” she admits. Using her bike as much as possible and eating a minimal amount of meat are just a few of the small steps Granebring integrates into her daily life. Beyond this, she adds simple waste-saving techniques to her cooking processes: “In my profession, it’s a natural choice to avoid waste. I keep all the scraps and leftover vegetables to make stock, for example.” At home that means buying only what she plans to eat: “In the beginning of the week I shop for vegetables that I use over the following days. I keep a lot of tinned fish and vegetables that keep forever, as well as a lot of eggs.”

Since her first position at Le Fumoir, Granebring has been working as a freelance chef, but her activities aren’t limited to cooking. She’s also a consultant, and in 2017 she went to Kazakhstan to design the menus for two restaurants in Almaty, the country’s largest city. While there, she encountered a completely different attitude than she was used to in France. “It was very interesting to work with their local products. Yet, to them, anything foreign is better than local,” she explains. “I tried to convince them to use local ingredients. I think it worked because now they’re opening a shop that sells only local produce. It’s the first of its kind there.” Additionally, Linda gains a lot of input through traveling and getting to know new cultures: “I get new inspiration from eating new food. Kazakhstan is very multicultural; we had Russian, Georgian, Kazakh, and Korean food.”

After almost a decade in Paris, Granebring is currently working on opening a new restaurant with friends and, of course, they’re in the midst of figuring out how to produce as little waste as possible. “Not using bottled beverages is one possible solution,” she says. At the moment she has no plans to return to her childhood home on the island of Hasslö—for now the Swedish chef is too busy making her mark on the French capital. 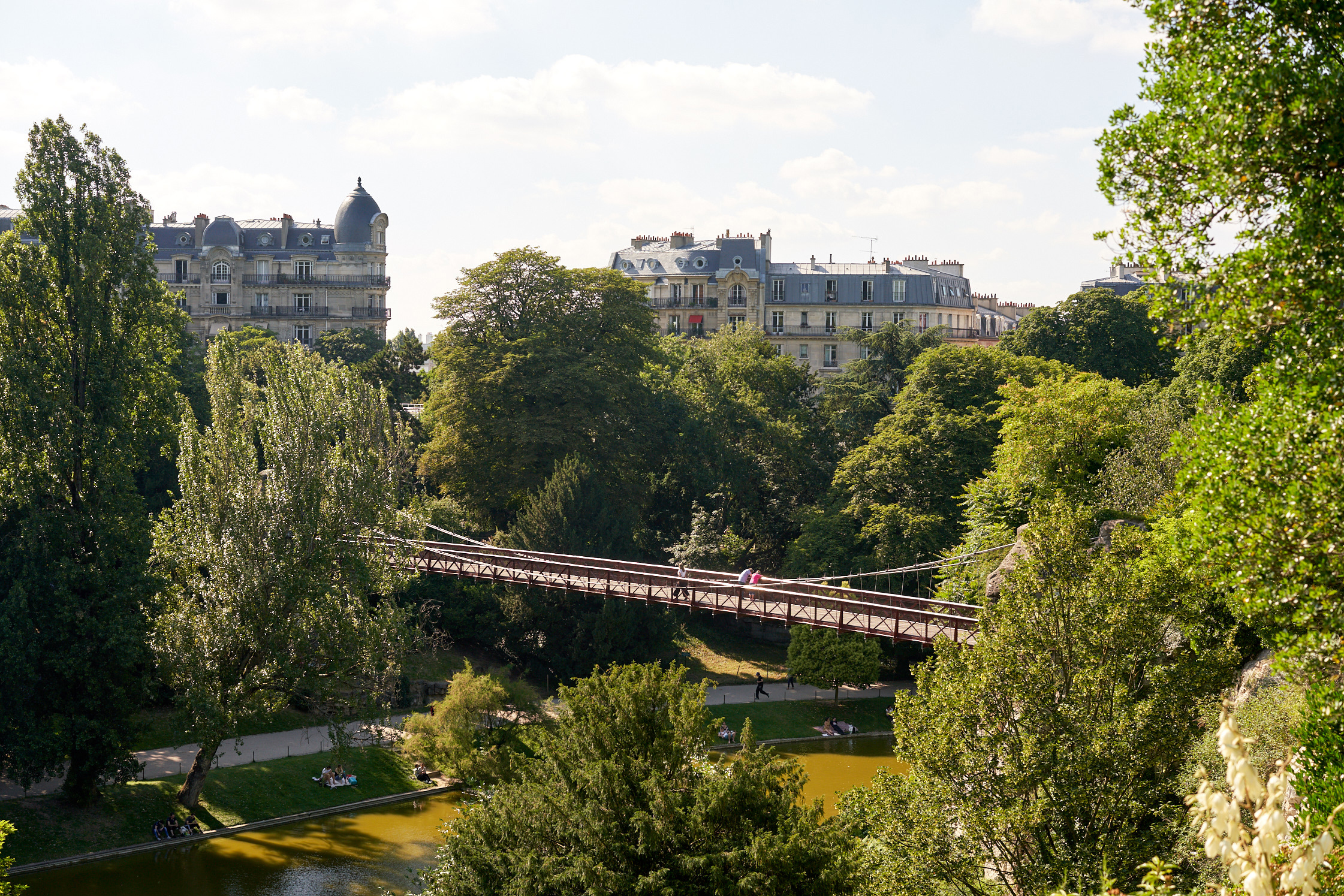 “It’s strange now for chefs to throw kitchen food in the garbage. In principle, they shouldn’t have to—it means they’re doing something wrong.”

In a collaboration with Siemens Home Appliances, Freunde von Freunden showcases up and coming chefs in the ongoing series Culinary Encounters. Current developments in gastronomy reflect on how young chefs approach food, kitchen culture, and the creation of new recipes. See more stories on the Siemens Home Appliances site, see find out more about her cooking and recipes and stay tuned for further portraits in collaboration with Siemens Home.

The Quiet Activism of The Lissome Founder Dörte de Jesus

Berlin Dr. Hauschka Profiles Video
Not ready to join yet? 👀
Click here to view the article.