When she was growing up in rural Denmark, every now and then the pungent odour of hydrogen sulfide filled the air of Christina Hjeltnes Grønning’s family home.

For the inexperienced, the bizarre je ne sais quoi fragrance could have passed for the smell of, well, fart. What’s worse, the whole house reeked of it. While it’s safe to assume that this kind of situation would have been untenable for most, for Hjeltnes Grønning and her siblings it was a cause for excitement. It meant that her mother, a native Norwegian, was cooking fårikål, a traditional Norwegian dish consisting of pieces of mutton with bone, cabbage, whole black pepper, and wheat flour, cooked for several hours in a casserole. “We didn’t mind the whole house smelling like fart,” says Hjeltnes Grønning. “In fact, we were used to it! When mom made fårikål it was a happy day.”

“I’ve made it my mission to get people to eat the whole animal like in the old days.”

In many ways, fårikål is Hjeltnes Grønning’s “madeleine moment,” evoking some of her fondest childhood memories and, at the same time, igniting a love of food that has made her one of the youngest head chefs in the business. After working under the auspices of chef Michel Michaud at Ruth’s Hotel in Skagen, Northern Denmark, and later under Thorsten Schmidt, one of the founding fathers of the New Nordic Cuisine, at 24 she was offered the job as head chef at Sentralen in Oslo. Here, in a historical bank turned into an arts and cultural center with a swanky restaurant, she excels in Nordic casual dining. Made with a twist, not with tweezers, the menu consists of everything from the reinterpretation of local stockfish to grilled avocado with golden beet kimchi.

She had more trouble explaining this flatulent state of affairs to her Danish classmates in her small hometown of Brovst in Northern Jutland. They just didn’t get it: “You eat what?” As it turns out, Hjeltnes Grønning also found that her Norwegian-Danish family’s tradition of sitting together at the dinner table, with the TV and radio turned off, was something of a rarity—an attitude that she never forgot. But, forced to convey the joys of this most rural Norwegian dish to skeptics, she learned a thing or two about persuasion. “It all depends on how you tell the story. Your tone of voice, your enthusiasm, it all influences how people will react when presented with a certain food. Tell it right, and they will only respond to the flavor and forget they maybe didn’t like the idea of that dish to begin with,” the young chef recalls.

People in her kitchen talk different mother tongues—from Norwegian and Icelandic to Brazilian Portuguese—but they always make it work. In many ways, they have created their own form of communication that’s a mix of all the different backgrounds of those working at Sentralen. Hjeltnes Grønning’s own family background—she has a Danish father and a Norwegian mother—makes it easy for her to switch languages, even if the Norwegian staff sometimes laughs at her mispronunciations. But it’s all part of the informal working environment she promotes: “We work hard, and play hard. No one gets yelled at without reason.”

An ambitious and industrious chef who sometimes has to remind herself to slow down, at 24 Hjeltnes Grønning has fulfilled a life goal she aimed to achieve by the age of 30. Now, part of her philosophy is about nose-to-tail cooking; food prepared as it was before industrialization made supplies abundant and cheap. As a response, she advocates eating proper, non-processed food. Sometimes, this means having to persuade guests there’s more to a nice fish or meat dish than the filets and finer cuts. More obscure parts of the animal often require more knowledge and time, but also hide more intense and delicious flavors. “There’s so much more to the animal than the celebrated cuts. I’ve made it my mission to get people to eat the whole animal like in the old days,” she explains.

Tellingly, Hjeltnes Grønning recently got her hunting license and shot her first wild grouse in a Norwegian wood. As the adrenalin pumped through her veins, the shots were fired, and the bird went down, she felt the thrill of the hunt. After so many years of prepping dead animals in the kitchen, there was a moment of clarity and satisfaction in bagging her own food out there in the wilderness. She went full circle: “I guess you now can call me a chef with a license to kill,” she laughs. Up to this day, the grouse is sitting in Grønning’s freezer, waiting to be prepared.

“There’s so much more to the animal than the celebrated cuts.” 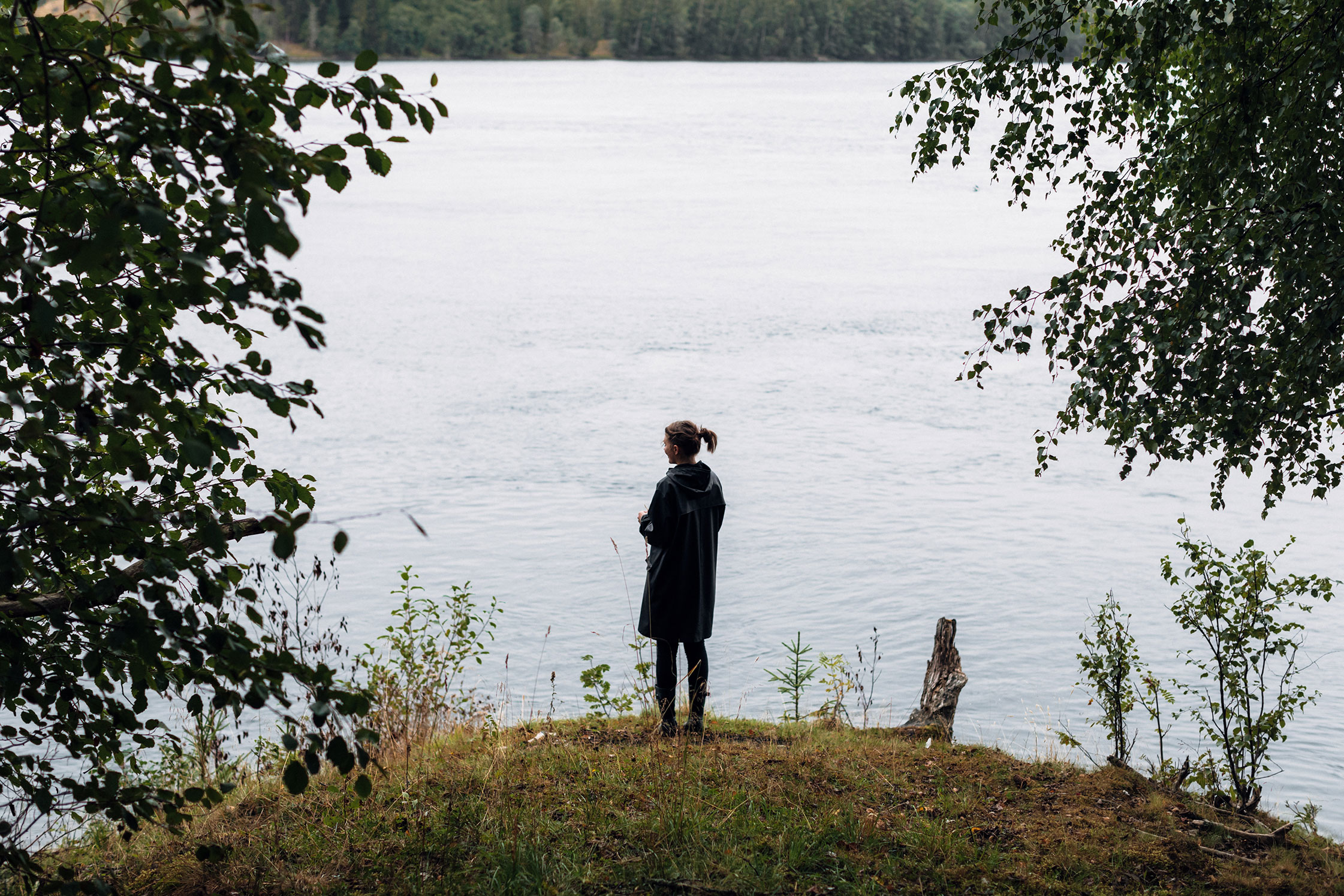 “I love how relaxed and yet professional the farmers are. They treat their products with a lot of love and it gives me more respect for what they sell.” 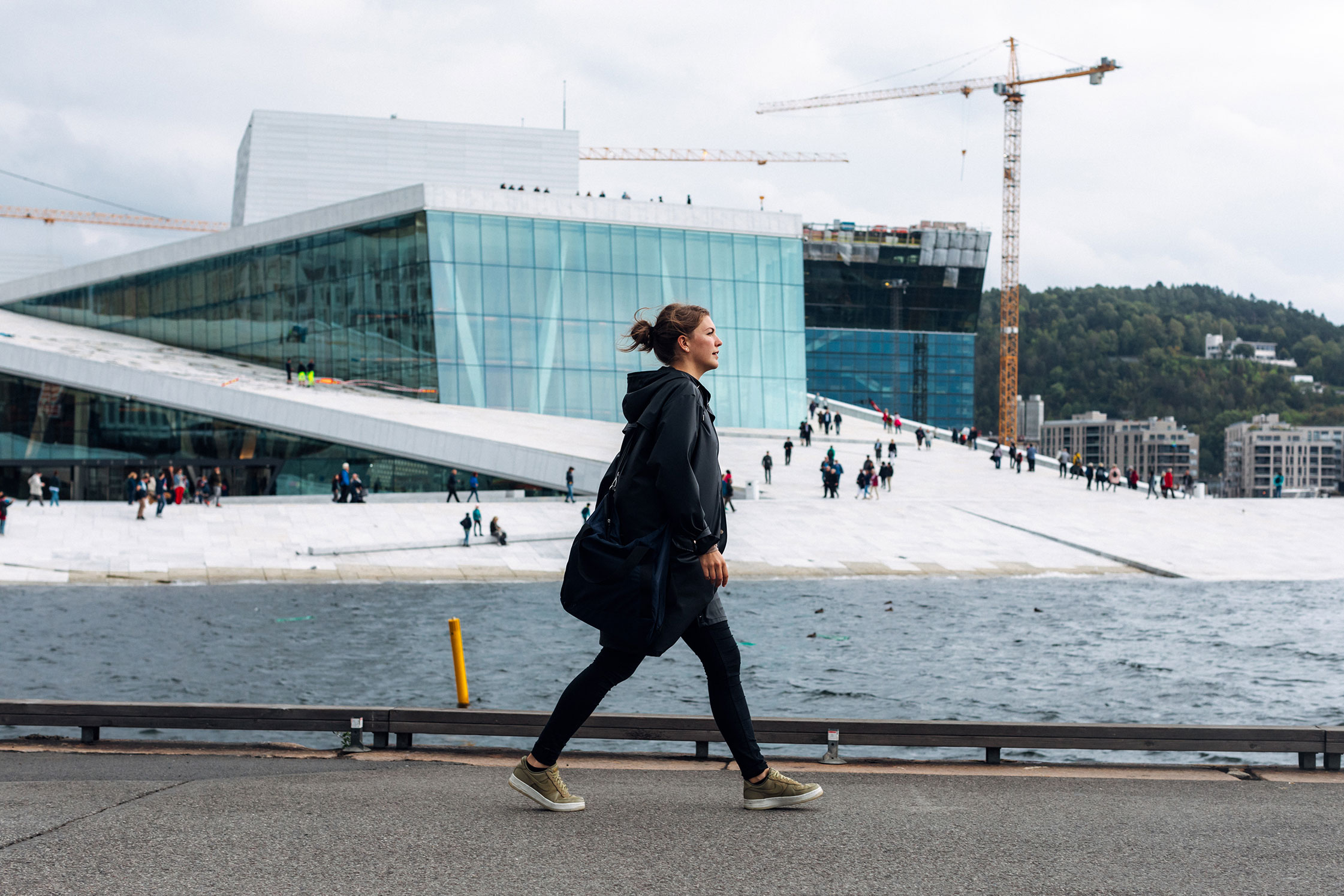 “I guess you now can call me a chef with a license to kill.”

Being a head chef, her work takes up much of her time. Yet, she doesn’t miss out on sourcing her ingredients in a small town close to Oslo called Østre Toten or at Grøndalen Gaard, near Auli which is close to the capital, too. She loves having direct contact with the farmers there; she respects their produce, and in turn, when they come to her restaurant, they’re proud about how their produce is being used. “I love how relaxed and yet professional the farmers are. They treat their products with a lot of love and it gives me more respect for what they sell,” she says of the people there.

Relaxed yet professional is also what characterizes her restaurant philosophy. Hjeltnes Grønning favors the sharing of food on the table at Sentralen. This echoes a wider trend in Oslo where diners are increasingly open to the idea of sharing a meal over a more traditional serving (don’t be alarmed, you still get your own plate). “At first people were like: ‘Wait, we have to share this?’ But now they embrace it. It’s a cozy way of eating; it makes people talk. I like that kind of organized chaos,” she says. It’s something like the family fårikål, which she associates with good times and healthy eating habits. The smell? Don’t worry. You’ll get used to it. 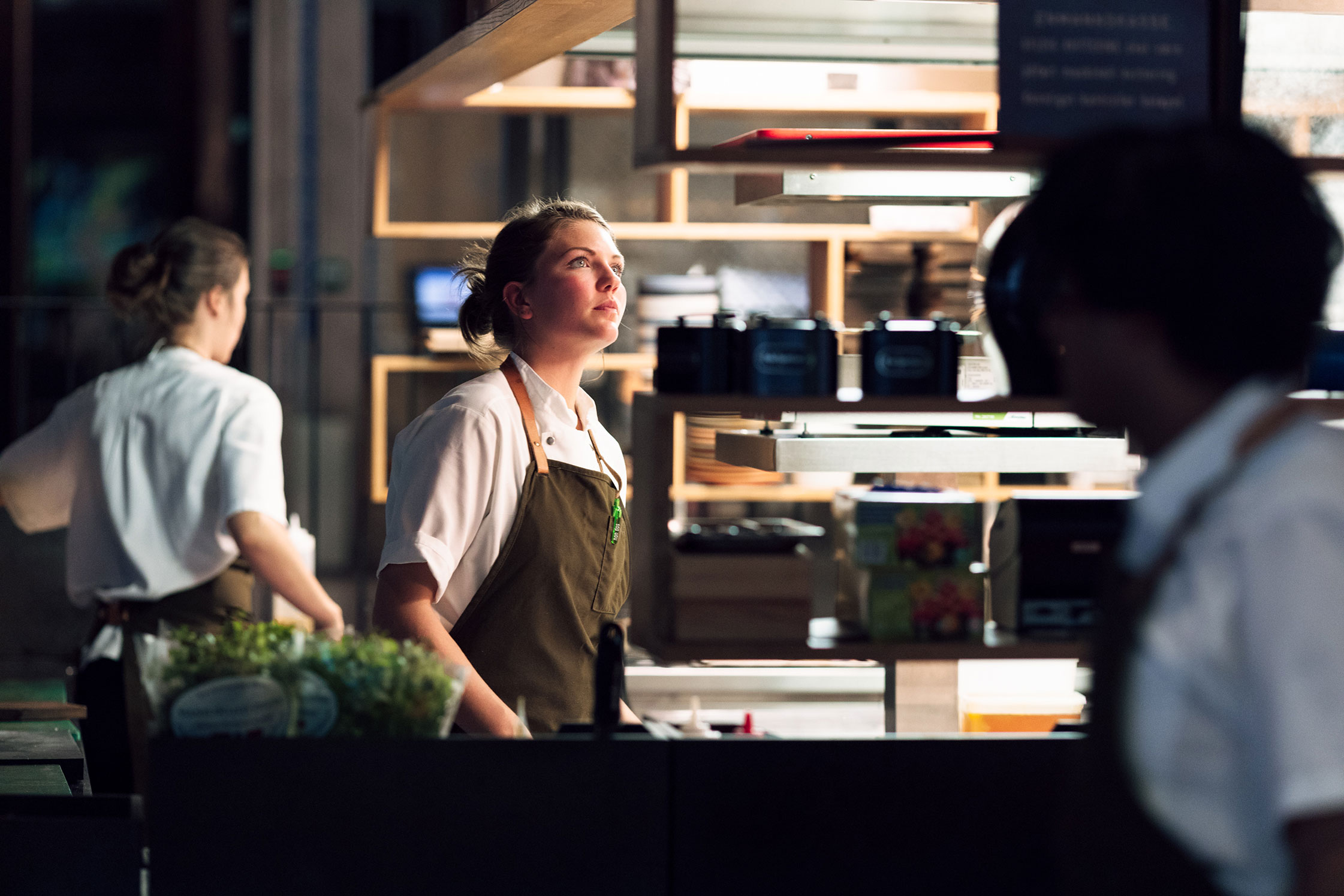 “We work hard and play hard. No one gets yelled at without reason.”

A collaboration between Freunde von Freunden and Siemens Home Appliances, Culinary Encounters explores the culinary world through the lense of up and coming chefs. This portrait is part of the series that examines how international young chefs approach food, kitchen culture and the creation of new recipes as a reflection upon current developments in the culinary world and beyond. See more on the Siemens Home Appliances site, read about Grønning’s visit to the FvF Friends Space and stay tuned for further portraits in collaboration with Siemens Home.

Harnessing the power of positive energy with architect Zhang Xi

Lisbon Design Profiles Workplaces
Food
Back to overview
We use cookies on our website to give you the most relevant experience by remembering your preferences and repeat visits. By clicking “Accept”, you consent to the use of ALL the cookies.
🍪 SettingsAccept
Manage consent