THE PLANT is the newest and a most austere incarnation of the classic gardening digest. In its unassuming way this journal about “ordinary plants and other greenery”, takes a simple subject and molds it into rich content from a surprising range of contributors to produce a visually stunning and deeply engaging magazine.

We got the chance to meet up with THE PLANT’s co-founder and co-art director, Carol Montpart, while in Berlin for the launch of the journal’s fourth issue at the Reading Room of Do you read me?! Together we discussed her views on plants, travel, and the ups- and downs of self-publishing a magazine. 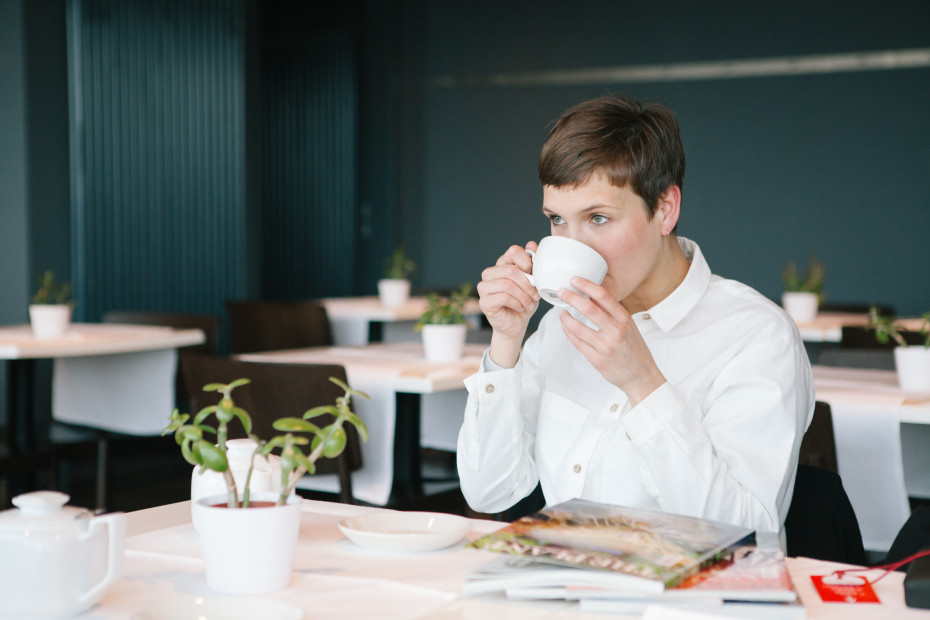 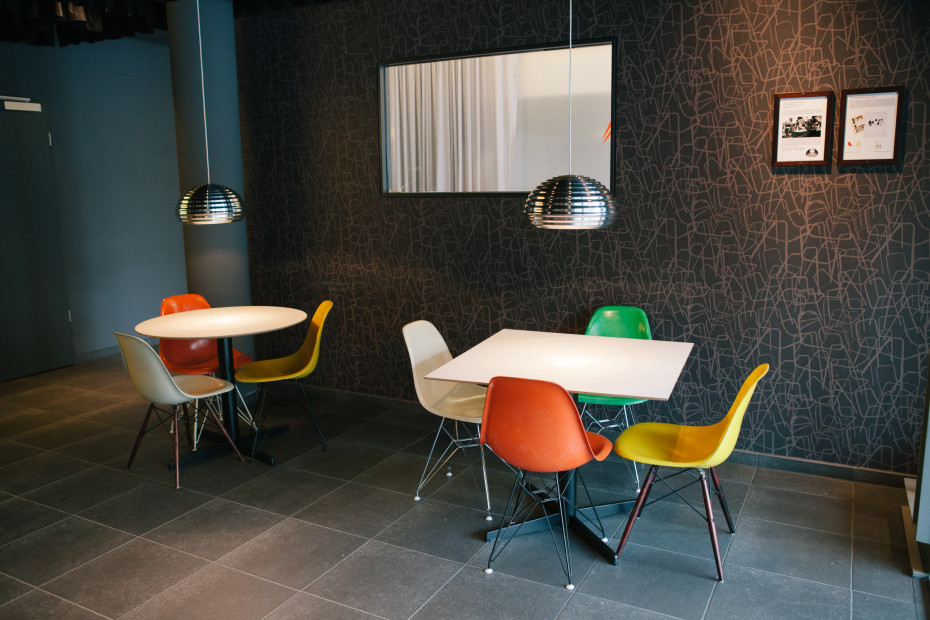 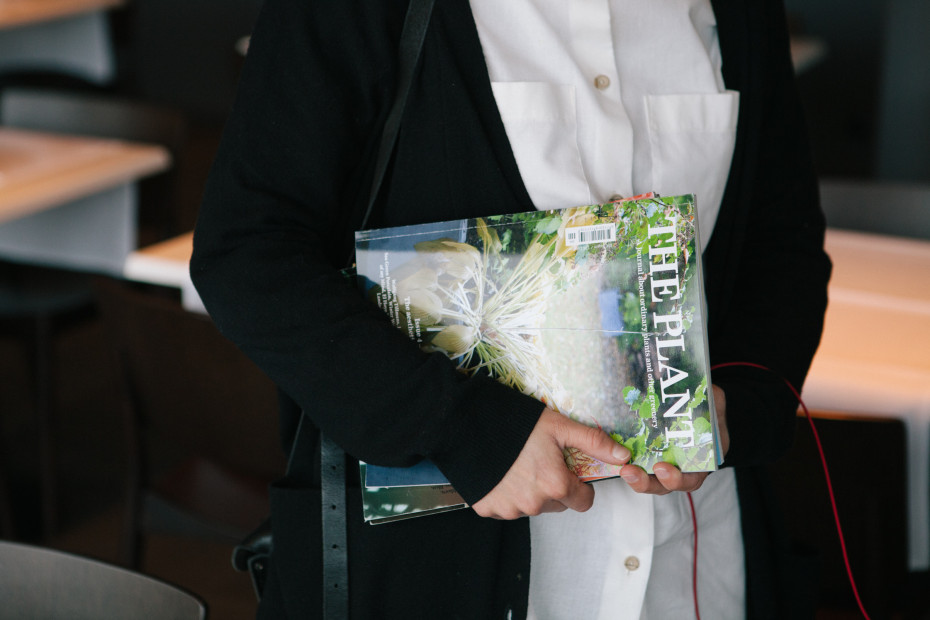 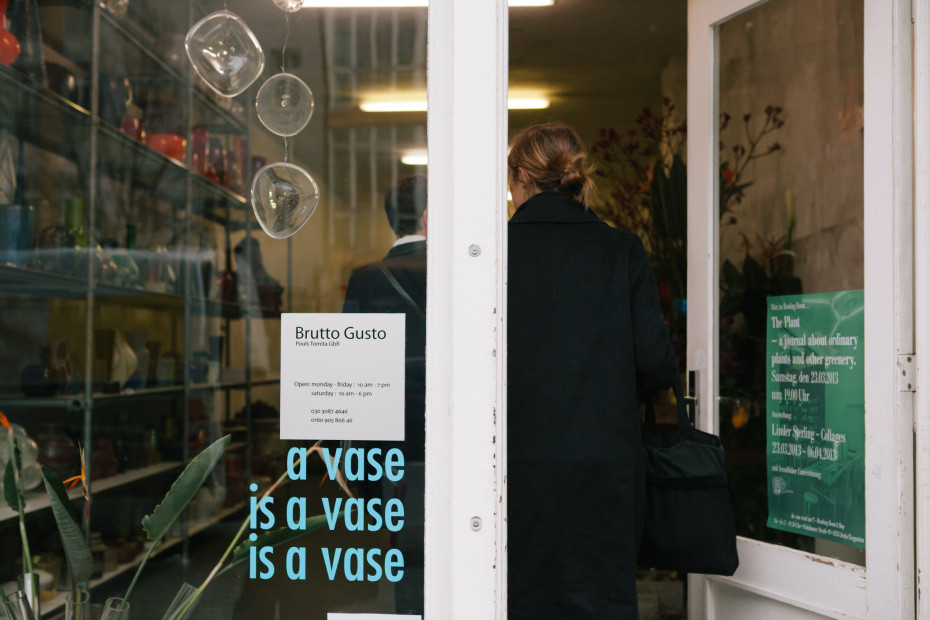 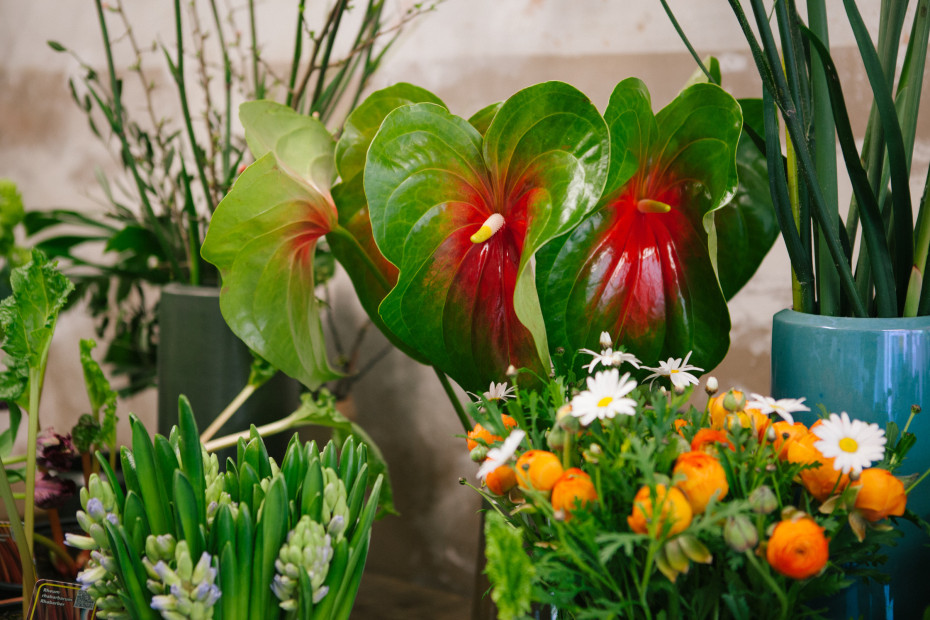 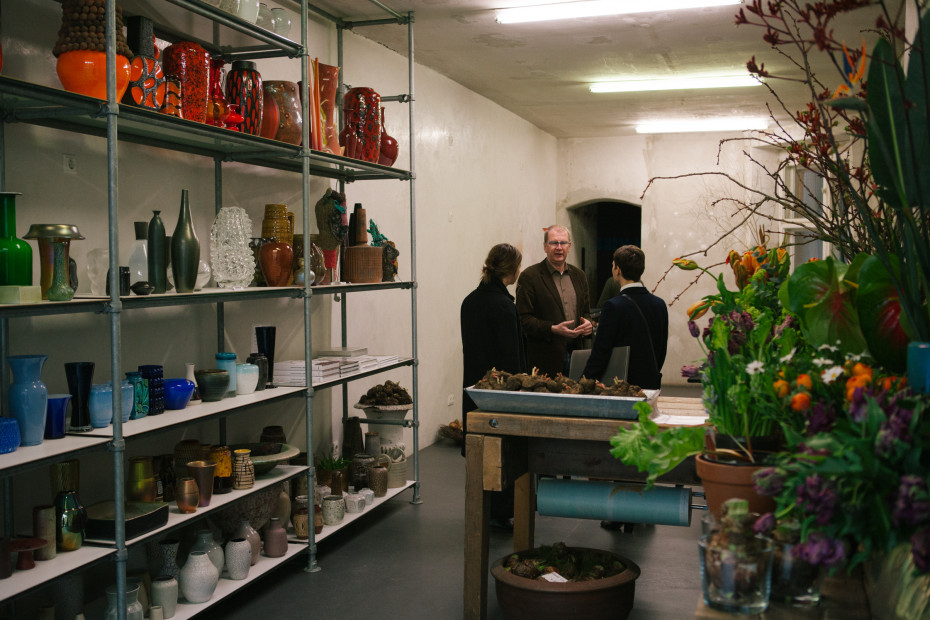 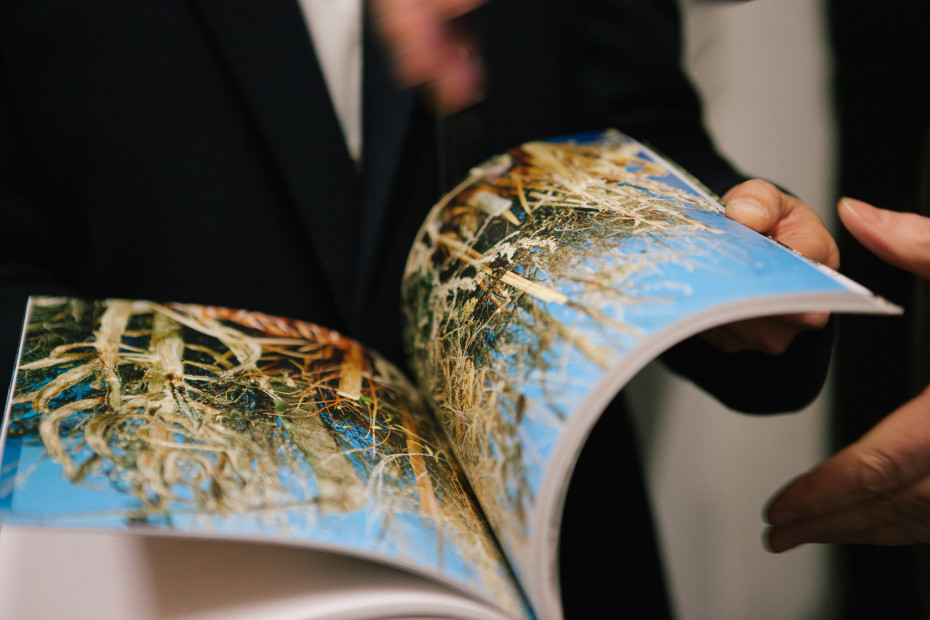 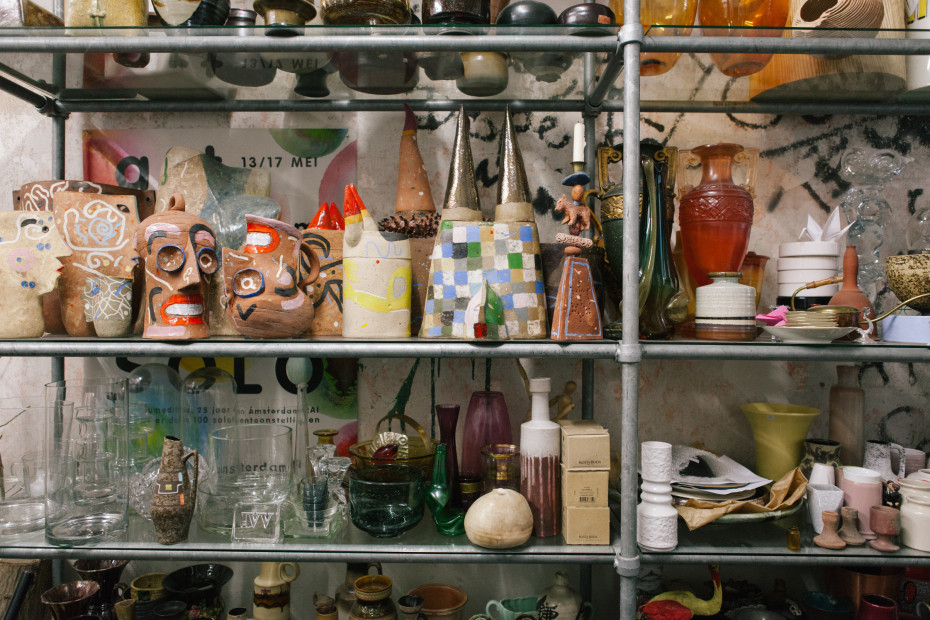 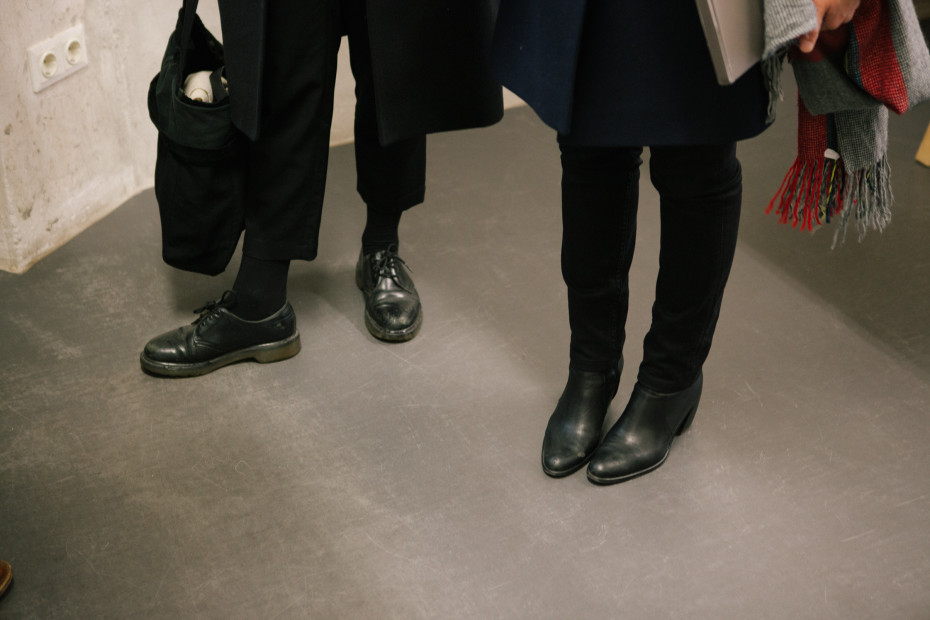 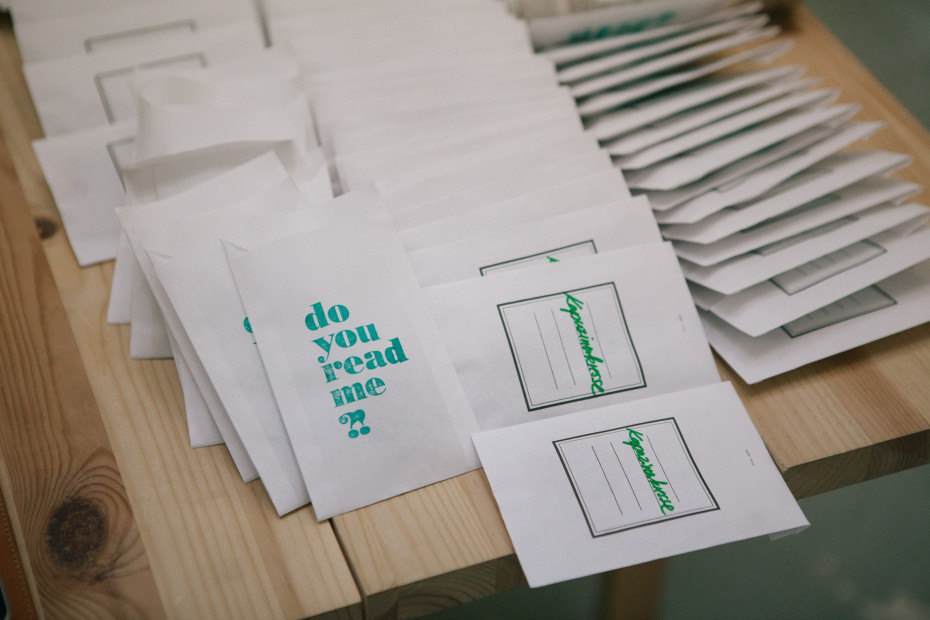 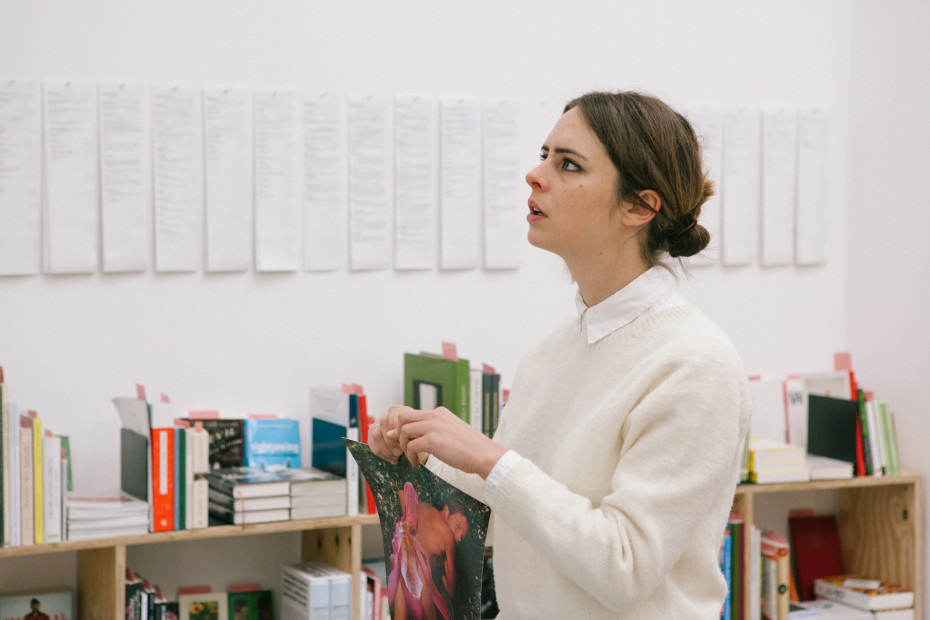 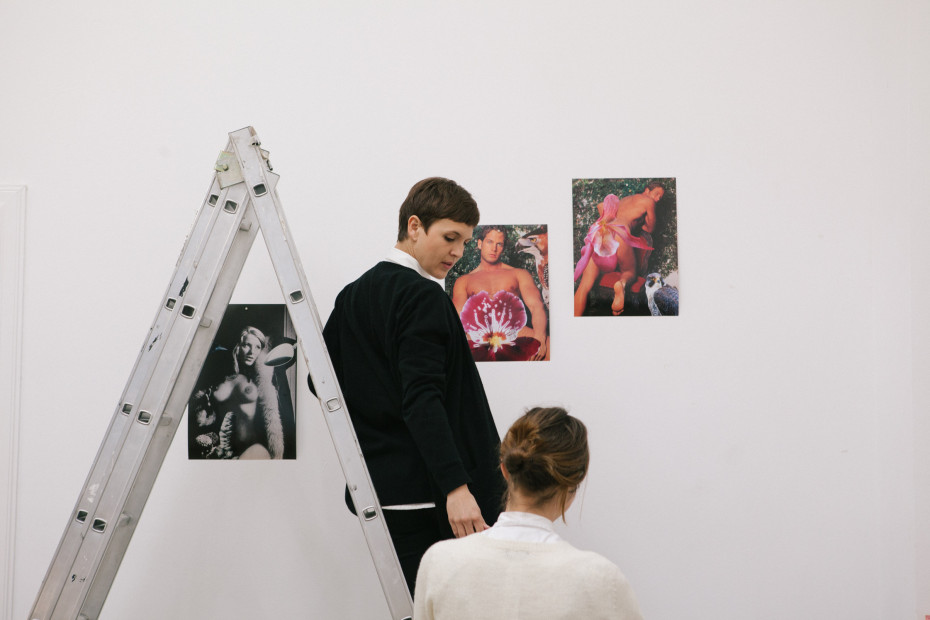 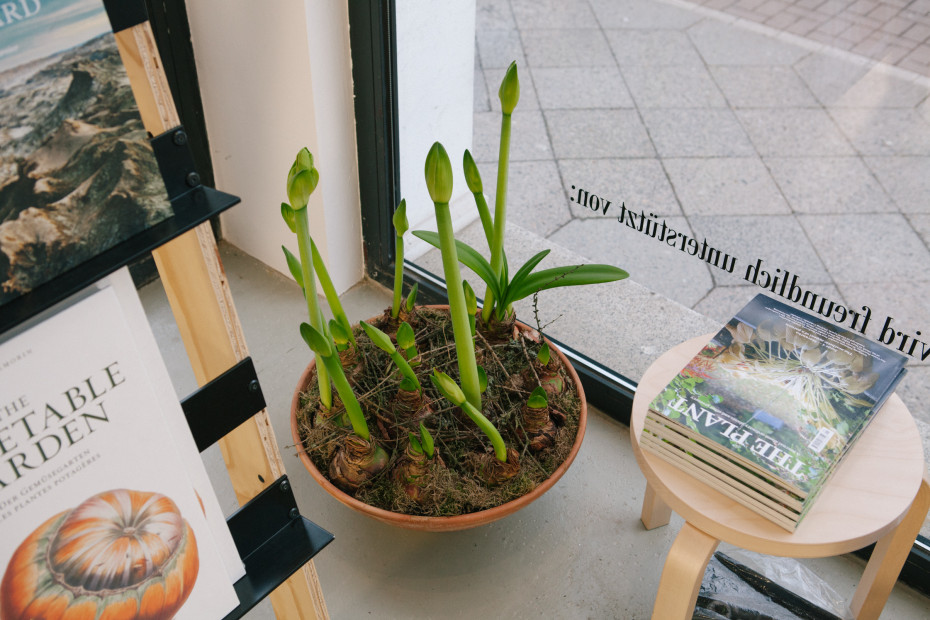 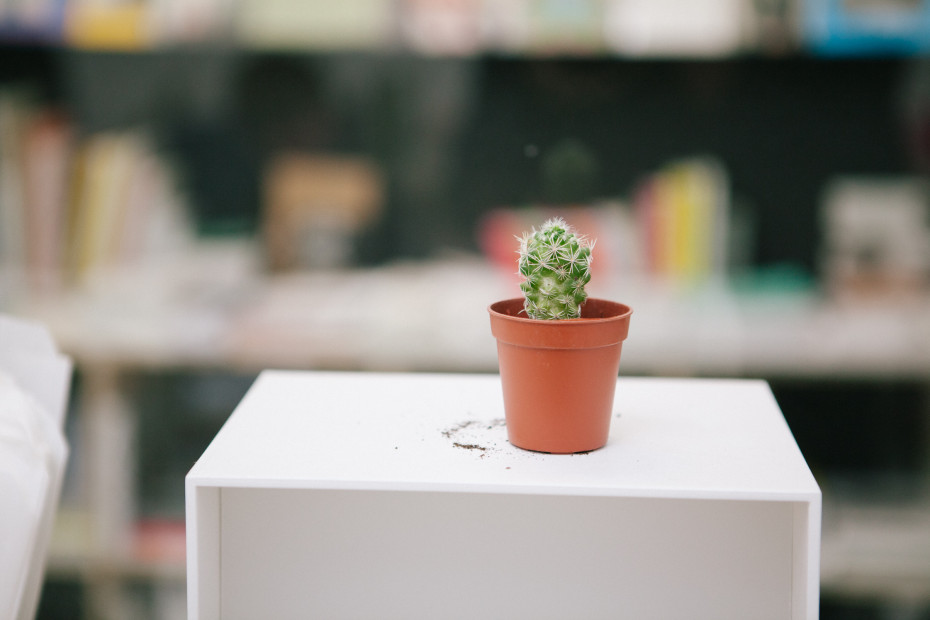 What would be the best way to describe THE PLANT to anyone that hasn’t read it yet?
Well, THE PLANT is a magazine that offers plant and print lovers a new look at greenery. We feature the works of many creative people who share our love for plants. Our goal is to share these people’s unique views and experiences.

You are in town with Kate O’Brien, the editor at large for THE PLANT, but there are actually more people involved in the magazine, right?
I’m actually really sad we weren’t all able to be here for the launch, but yes I started THE PLANT together with Cristina and Isabel Merino, the editor in chief and co-art director along with me. Each one of us has different strengths and our own role in terms of the magazine’s production, but we pull together to put in our best work. And now that we have Kate, it’s been a lot easier. Before that Cristina was editing the entire content by herself, which was a massive undertaking.

But now you live in London?
Yeah, I didn’t make the decision because of the magazine, but I do think it has helped us. In Spain, much of what you do stays in the country. It’s a very local community in a way, which can be great in terms of collaborations but since moving to London I have had many more opportunities. But Chris and Isabel live and work in Barcelona, so suddenly we are doing everything through Skype and email. It was definitely something we had to get used to. It seems to have worked though because now we are releasing our fourth issue!

Yes, congratulations!
Thank you, you know, with a project like this, it’s really important to be proud of what you’re working on, especially if it’s so time consuming and there is no economic reward. It can be especially difficult for small magazines, so right now we’re working more on getting advertising because at the moment we are just paying one issue with the last. For us that is hard, because of course we would like to be able to pay our collaborators and we have to cut back some of our ideas because we are just not able to send someone abroad to work on them. So in a way you work within a limited spectrum as a small magazine. But in this latest issue we have some amazing stories and collaborators. For example Wolfgang Tillman shot the cover.

… and Tilda Swinton wrote a poem, that’s not really usual for a small magazine.
That is the anecdote of the issue! Through a friend of ours, related to the magazine world, we managed to get an issue of THE PLANT to Tilda’s manager. Both her and Tilda loved the magazine, and she was kind enough to contribute. We are always looking for people that we admire to participate in the magazine and Tilda is a great fit, because she has a very close relationship to nature and the Scottish countryside where she grew up. She wrote this beautiful poem called The Parent Tree about her childhood tree and how they grew up together. It’s just really, really lovely.

As you mentioned starting a magazine from the ground up is a lot of work and printing four issues is a real achievement. What does it take?
Honestly, passion. I mean, we had no experience! Well, a little bit because Isa and myself worked at Folch Studio for a long time with a special focus on artist books and magazines; it was the same studio where Apartamento (www.apartamentomagazine.com) was born. At the same time Cris was working on a newspaper. But basically as lovers of print publications we really were motivated by our passion for magazines.

… and your love of plants?
We really liked plants, but we were never aware that we liked them so much. It wasn’t like we were walking around saying: “Wow, look at that amazing ficus tree!” No, I think the seed of THE PLANT came from a quite serious conversation we had about the Elkhorn plant, which was also the first plant we featured in the magazine. After that conversation we became much more obsessed with plants and the idea of making a magazine about them seemed obvious.

A lot of people we have interviewed for Freunde von Freunden also share your obsession with plants. In fact we have seen your magazine in a couple of their houses.
Actually it was a surprise to know all the creative people who work with or have a thing for plants. It’s true that plants seem to have become a new trend and I think that without realizing it we started our project at the same time as the trend began. But I’m not saying we have anything to do with the trend!

So do you think this trend helped you to get content for your first issue?
It seems the moment people knew about the magazine, they emailed us their projects. It was amazing! We are always getting submissions and that’s the way we like it because there are some places that we cannot easily reach ourselves, such as Venezuela. However, we really aim to go farther with our content in these terms. Up until now we have covered Spain, England, Europe, and some of the U.S., also Japan and Canada but we want to discover new and more places! We don’t like to have too many stories from one place in an issue for example, because then everything might have the same light and feeling. The idea is to find a balance. At the same time it needs to fit into the edition, so either summer or winter. In the end there are so many factors that affect the content we finally publish, and the more issues you publish the stronger your commitment to the readers and the better you want to get. In this issue for example we have a small booklet with illustrations by Fzzzzbzzzz!.

… and you also show a series of collages by Linder Sterling, which you will also be exhibiting at the launch party along with a plant installation by Brutto Gusto. Why did you decide to launch in Berlin anyways?
We have always been huge fans of Do you read me?! and when we were thinking about where to do the next launch we remembered their great space in the Reading Room. Also we are always trying to change the city we launch in to provide an opportunity for people to come and connect with the magazine. But I think for the next issue we will probably return to Barcelona. Go back to our roots, so to speak.

The current issue of THE PLANT is available at Do you read me?! in Berlin. To find a international retailers you can visit THE PLANT’s website, where you can also find pieces from past contributors.

Thanks to Casa Camper for the support.

A Pound of Pictures: Photographer Alec Soth’s exploration of self-doubt, the act of looking, and the richness of the world

Arles Art Features
Features
Back to overview
We use cookies on our website to give you the most relevant experience by remembering your preferences and repeat visits. By clicking “Accept”, you consent to the use of ALL the cookies.
🍪 SettingsAccept
Manage consent