In anticipation of the German electronic duo Mouse on Mars’ new installation at Lenbachhaus in Munich, we spoke to co-founder Jan St. Werner to learn more about the exhibition, the group’s interest in spatializing music, and his ideas around the power of sound.

“If we cracked the code, we would probably stop working.” With over 30 years of professional musical experience and a 28-year discography under their belt, the German electronic duo Mouse on Mars is an acoustic machine fueled by a motor of enduring curiosity. Founded by long-time friends Jan St. Werner and Andi Toma, Mouse on Mars is accredited as one of Germany’s most iconic electronic music projects. The band’s work is distinguished by rigorous sound research, technological innovation, and dialectic exchange and experimentation. Change, for this duo, is the only constant.

Mouse on Mars’ current acoustic research is focused on spatializing sound and breaking away from the dominant, stereo-centric mode of understanding and interacting with amplified noise. Spatial Jitter, a dynamic sound and light installation held at the Lenbachhaus museum in Munich, is the duo’s largest effort into this field of research so far, marking “both a completion of a chapter and a beginning of a new one.” To learn more about the vision behind the installation, as well as about the group’s work and future endeavors, we spoke to co-founder Jan for FF Mixtape Feature #175, who also shared the group’s tracks for “introspective space construction.”

You can catch the exhibition at the Lenbachhaus in Munich, running from April 9 – September 18, 2022. Special performances and accompanying programs can be found here.

“We have always viewed music as a landscape or setting that you could set a stage within; a layering of situations, densities, and approximations.” 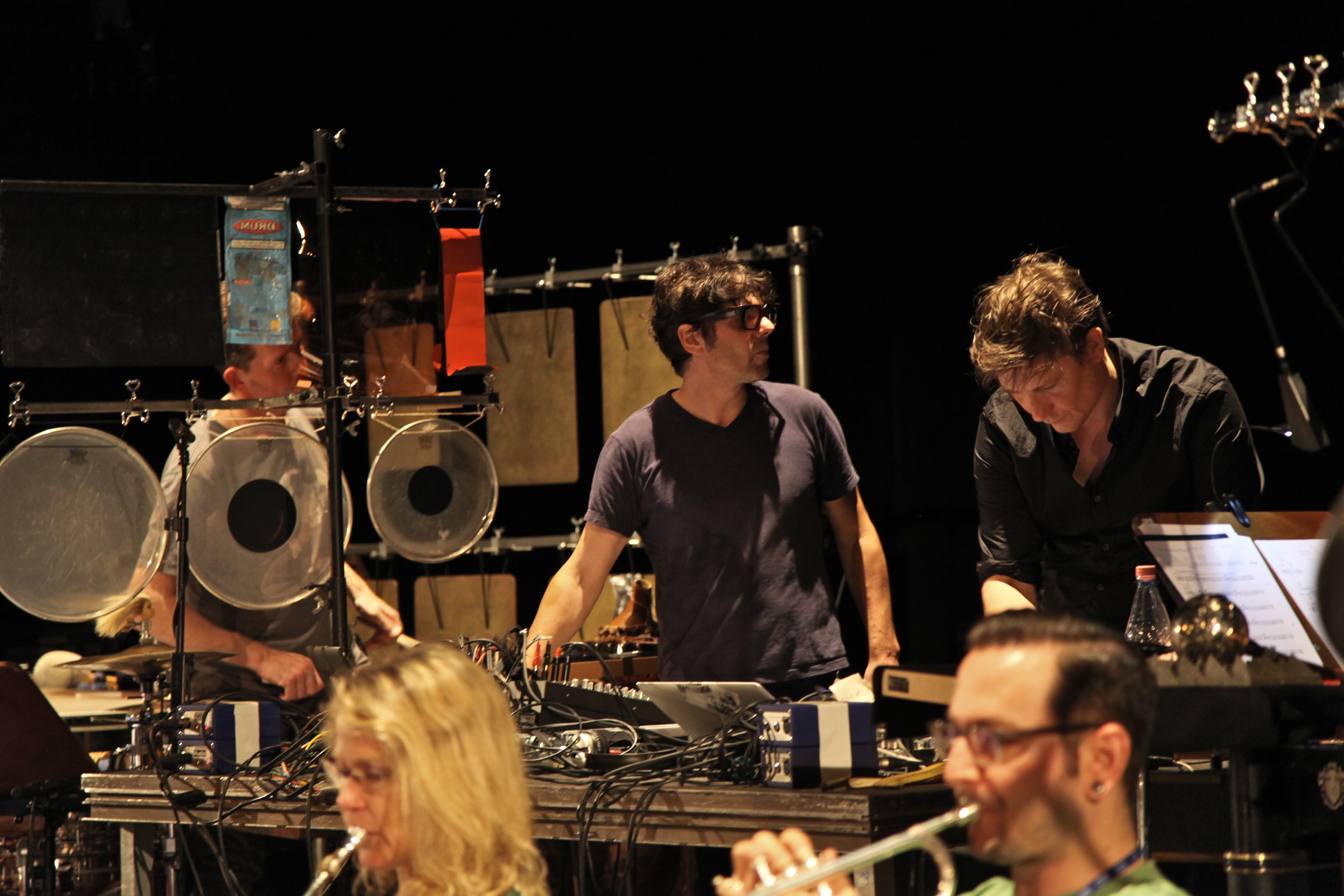 “If we cracked the code, we would probably stop working.”

“[Dialectic exchange] creates the motor that spins the machine we call Mouse on Mars. The machine is not Andi and I—Mouse on Mars is its own abstract character.”

Mouse on Mars is an electronic duo and music project that is accredited as one of Germany’s most dynamic acoustic experiments to date. They are currently exhibiting their sound and light installation Spatial Jitter at the Lenbachhaus museum in Munich, running from April 9 – September 18, 2022. Special performances and accompanying programs can be found here.

Stay up to date with Mouse on Mars’ other upcoming events and performances on their website and Instagram, and check out their extensive music on Bandcamp and Spotify. This feature is part of our growing Mixtapes collection, where we invite artists and creatives for an interview and playlist to be published on Friends of Friends.

Our biggest thanks to Jan St. Werner for contributing his time for the interview.

Photos: Credits in the captions

Berlin Mixtapes Music
Mixtapes
Back to overview
We use cookies on our website to give you the most relevant experience by remembering your preferences and repeat visits. By clicking “Accept”, you consent to the use of ALL the cookies.
🍪 SettingsAccept
Manage consent