Collaboration, by definition, is the act of two or more people working together to achieve a common goal. While this action can be completed in any industry, or indeed any facet of our everyday lives, nowadays, in the worlds of fashion, branding, and luxury retail, collaboration has come to mean two like minded brands—or a brand and a celebrity that resonates with the organisation’s image—coming together to produce a clothing line, editorial, event, or even a new range of sneakers. But why do they do this? What are they hoping to achieve by working together? What makes a good collaboration, and what will these projects look like in five, or even ten years time?

The HighSnobiety founder and founder of Donald Schneider Studio come together to discuss what makes a good collaboration, authenticity, and young audiences’ bullshit detectors.

While these questions may be difficult to answer, due to their copious experiences in the fashion and luxury industries, David Fischer and Donald Schneider are two of the best individuals to give it a go. Fischer, for example, is the founder of celebrated online streetwear magazine, media brand, and creative agency HighSnobiety. With offices in Berlin, New York, and London, the brand is dedicated to today’s generation of style-conscious individuals. Encompassing everything from fashion, to sneakers, to design, music, and entertainment, HighSnobiety has worked on collaborations with a wide range of clients including Mercedes Benz, Gucci, and Louis Vuitton. 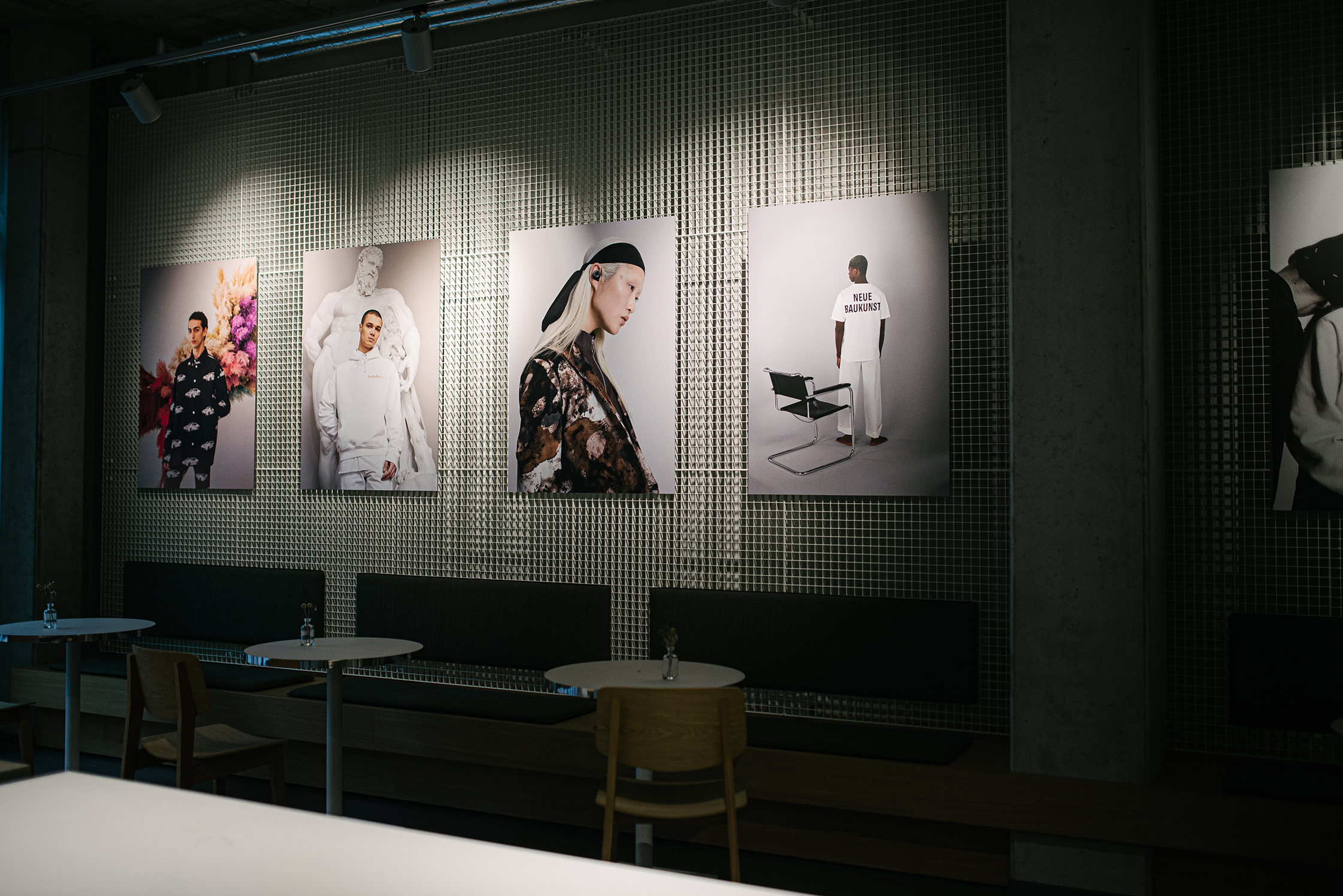 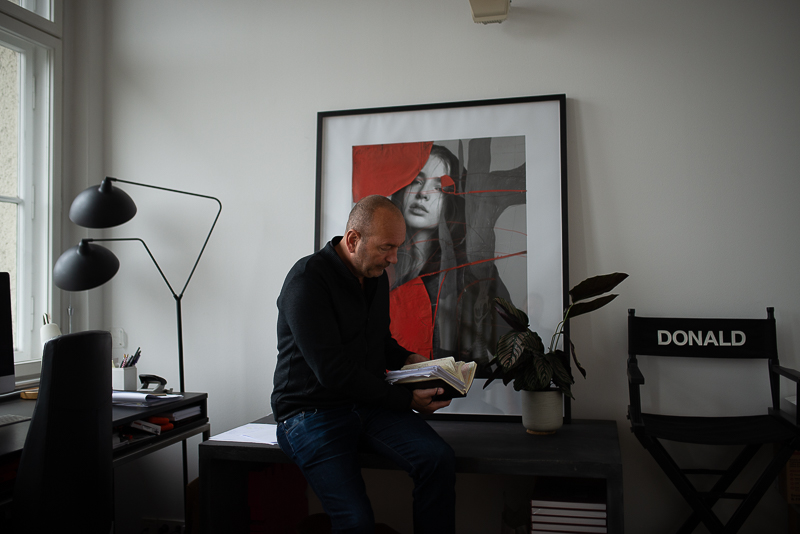 “Whenever I sense in a collaboration that I’m working on that the main motivation on both sides is just money, I get out as soon as I can because it just doesn’t work.”

Together in the Friends Space, Fischer and Schneider engage in a conversation with FF founder Frederik Frede, using their expertise to provide insights on the creative branding and collaborations industries. To start, they delve into what makes a good brand collaboration in the first place. While Schneider initially identifies the market impact of a collaboration as the criterion of its success—“Supreme and Louis Vuitton’s collaboration comes to mind as a project that sent a strong message to the market. It was the ultimate moment of streetwear and luxury finally becoming one,”—Fischer is more preoccupied with the authenticity of a project. “There needs to be a genuine connection between the two parties,” he says, using recent celebrity endorsements of alcohol brands as an example. “It really used to be this thing where brands would just slap a celebrity’s name on a bottle of whisky,” he explains. But this isn’t the case today. “Post Malone, for example, really likes wine, so he is genuinely able to represent his rose brand, Maison No. 9. Young people have bullshit detectors that very clearly see whether things are real or not. You really have to try and make these stories sound credible.” Schneider agrees, and for this reason, “whenever I sense in a collaboration that I’m working on that the main motivation on both sides is just money, I get out as soon as I can because it just doesn’t work,” he says. “There has to be a mutual interest in each other from both sides.”

“Collaborations are a very good way to generate content, create a buzz, and attract new markets who may ultimately stick with the brand even after the collaboration’s over.”

This being said, authenticity is a complex beast that can only be achieved over an extended period of time rather than through a single project. “We often have brands that come to us wanting to work on collaborations. Most of them want to get in touch with a young audience that they’ve lost touch with, or have never been in contact with. Then we have to explain to them that one collaboration is not going to do anything, and that they’re going to have to put a real strategy in place over the next two to five years to remain in conversation with this audience.”

Schneider references classic Italian fashion house Zegna’s collaborative collection with American luxury streetwear label Fear of God as an example of an older fashion brand collaborating with another, contrasting partner to help them appeal to a younger audience. “It’s a new way of communicating,” he says. “Collaborations such as this are a very good way to generate content, create a buzz, and attract new markets who may ultimately stick with the brand even after the collaboration’s over.” But retaining these audiences also requires brands to make lasting internal changes. “If Zegna continues to make products that don’t interest young audiences, they’ll always have to work with Fear of God, or seek out other collaborations, which is unrealistic,” says Fischer. “Once you’ve opened the door to that audience, you have to feed them with content, products, experiences, or whatever,” he adds.

While many brands are working hard to attract youthful audiences, Fischer and Schneider both acknowledge that this shouldn’t be at the expense of mature, loyal consumers. “The number one rule for a brand is to keep the average age of their consumers the same every year,” says Schneider, who uses Gucci as an example of a company that noticed their demographic rising in age before addressing it. “I think the big realisation for labels like Gucci is that they have so much brand elasticity: they can sell sneakers to 25-year-olds while also selling bags to people over 60,” says Fischer. “The two ends of the spectrum never meet and don’t cannibalize each other,” adds Schneider. Fischer comments that it is even easier to keep these customers apart nowadays, as brands are able to target specific demographics through social media. “You can be quite sure that over sixties aren’t on Instagram, that 30-year-olds aren’t on Snapchat, and that over 25s aren’t on TikTok,” he says. But even if different customer demographics do crossover, “older customers are often happy when they get told by younger people in their family that the brand they are wearing is cool,” says Schneider.

Both Fischer and Schneider have seen many changes in their industries during their long careers, the most prominent, of course, being the move from the physical to the digital realm and the newfound power of social media. According to Fischer, this emphasis on online communication has also been exacerbated recently by the global pandemic. “Corona supercharged the move to digital. Now, even for people who may never have shopped online before, it feels normal to do so,” he says. “I think that won’t go back when we’re hopefully over this current situation.” COVID-19 has also caused brands and customers alike to be more mindful of contemporary socio-political issues, such as Black Lives Matter and the climate crisis, which is particularly relevant to the fashion industry as one of the most polluting sectors in the world. “Young audiences in particular demand brands not only to say what they stand for, but also to prove that they stand for it and support the right causes,” says Fischer, who’s even noticed this development within his own company. “To tell you the truth, whereas we would have just accepted clients 12 months ago, the team is now asking themselves questions like, is it really ok to be working with this client? What is their sustainability strategy? What is their social justice strategy? And how do they produce their goods? It’s really challenging, but also really exciting and the right thing to do,” he says.

“All these changes would have happened sooner or later anyway,” adds Schneider, reflecting back on his early days working in fashion media as the Creative Director of French Vogue. “Everything’s changed so much already since then. The system where fashion shows would invite buyers and the press was like a B2B machine. Then, when it was ready, it became more B2C. Now, with the dawn of the internet, everything’s been opened up and consumers have access to everything,” he explains, highlighting the fact that due to coronavirus, fashion shows are now taking place completely without, or with only very small audiences of influencers rather than fashion editors. It’s part of a move in the industry to cut out the middle-man and communicate more directly with consumers. “I think we all knew it was time for disruption,” adds Fischer.

“You really need to be in your time and adapt to it.”

All of the changes and uncertainty in the luxury industries makes it incredibly difficult for young professionals and graduates to enter them. When asked what advice he would give to people pursuing careers in fashion and branding, Schneider says that he probably would have given a completely different answer if he was posed this question a year ago. “I would have said to go and work with the best people you can find and learn from them. Go to New York, London, wherever. But it’s not so easy to travel anymore,” he laments. “But now, I would say look at a lot of things and acquire a lot of knowledge and information. But don’t just try to do what everyone else is doing. You have to develop your own identity and vision.”

Fisher gives a similar piece of advice. “You cannot replicate anything. While HighSnobiety started as a dotcom, new brands in the field of media and communications don’t have their own websites any more. They are more reliant on other people’s platforms,” he explains. “If I would do what I do today, I would probably start off on Instagram or TikTok. You really need to be in your time and adapt to it.” But while everything in the industry is changing, Fischer believes that one thing always stays the same. “You need to follow your passion. No matter how good or bad our business is doing, I love what I do and that means so much to me.”

David Fischer is the founder of HighSnobiety, a streetwear website and creative agency that has been creating content for today’s generation of style-conscious individuals since 2005. Donald Schneider, the former Creative Director of French Vogue and Vogue Hommes International, also founded his own creative agency back in 2002. Having initiated the first H&M designer collaboration with Karl Lagerfeld in 2004, he has creatively overseen H&M’s annual designer collaborations ever since.

This story is the first episode of FF Insights, Friends of Friends’ new content series bringing together leading visionaries to discuss their opinions and perspectives on the industries they work in.

Not ready to join yet? 👀
Click here to view the article.