To provide you with a better picture, who the people behind Freunde von Freunden are, we want to introduce you to our international team on a regular basis. Some of them have been with us even before the very start of FvF and others joined the crew along the road throughout our invigorating global adventures.

Regular readers of our magazine have probably come across the name of German photographer Ailine Liefeld. Born in a small town not far from Berlin, she quickly acknowledged her true passion. After her photography studies at Lette Verein, Ailine focused on the diverse sections of fashion in addition to helping build the base of Freunde von Freunden in Berlin. Since the very start of our magazine Ailine has taken fantastic pictures and are some of FvF’s most affecting portraits. Her photography hails from cities such as New York, Los Angeles, and of course Berlin, captivating the basis of minimalism with a clear vision and strong attention to the most alluring details. 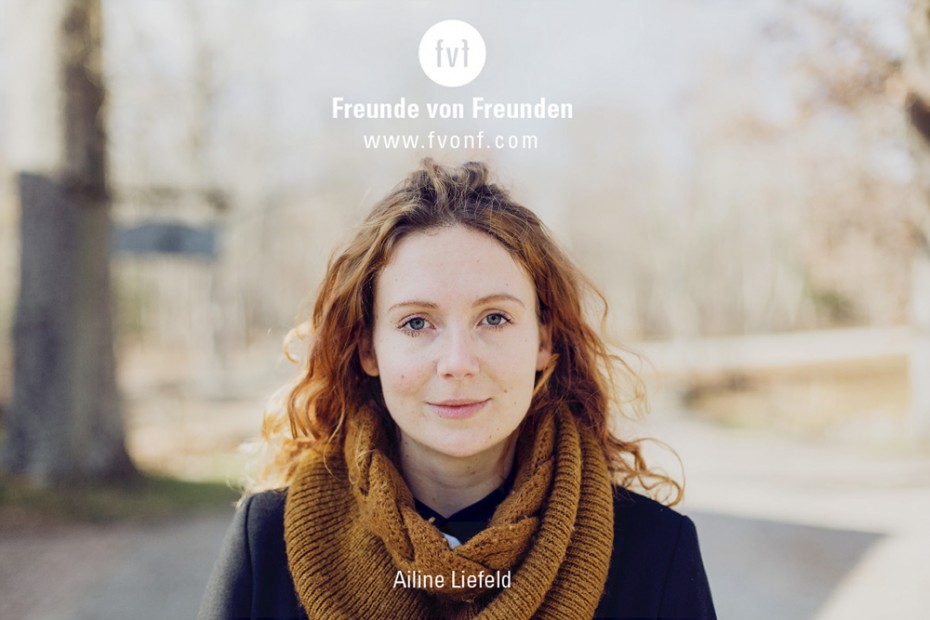 Apart from photography itself, Ailine always had a passion for cooking and creating little artworks out of her daily meals. It was therefore merely a matter of time to essentially combine her two loves. Since April, Ailine has been running the already established and highly inspiring food blog Aicuisine that even drags inexperienced people into the kitchen. Here she documents her daily groceries, her self-created meals, new food movements from around the globe, fabulous kitchen interiors, and last but not least the atmospheric dinner parties she hosts on a regular basis.

Where do you go when you want to relax or get inspired in your city?
I walk around looking for markets, food or vintage stuff, or just structures and light. That’s my main source of inspiration. I usually relax at home while having a whisky and watching a good movie.

How has technology influenced you?
I grew up during technology’s evolution. So it’s part of my daily routine like having food or sleep. I can’t imagine what life would be without technology. It’s making things a lot easier in regards to my job as a photographer. I feel like people are able to create so many more things because of technology. It takes our brain to a point where we process probably twice as much data or even more than before its expansion. But it might be dangerous to depend on it all the time. Sometimes when I get lost in areas just because Maps is not working properly, I realize it’s time to use my mind again. I am always surprised how good my instincts work at that particular moment.

Best travel memory?
Having food in a restaurant on a hill at Mudbrick Vineyard on Waiheke Island in New Zealand. All this while the sun was setting at the horizon over the water with the Auckland skyline far away, right after having sailed there. It was a business trip, but it has probably been the prettiest thing I’ve ever experienced. Also, meeting someone in the middle of nowhere and becoming friends is worth mentioning.

Your latest artistic discovery (musical, art or design)?
I’m currently fascinated by the work of Willem de Kooning and just the other day I listened to the new album “Luxury Problems” by Andy Scott. I really like it. The vinyl looks and sounds magnificent, too.

What current global or local topics are you currently fascinated with?
There is only one answer to that: FOOD. Food seems to be all over the place right now. Restaurants are popping up out of nowhere with chefs serving 10 guests rather than 100. People are starting to grow their own produce again. Supper clubs seem to appear everywhere. It is still really small in Germany. But as I visit the States quite often, I always get really inspired by its food scene and try to bring back as much inspiration as possible. I incorporate this inspiration within my food blog, as well as the dinners I do for friends.

What was the last great meal you ate & where?
I went to Brooklyn Flea the other day and had the Maple Bacon Stick by ‘The Landhaus.’ It is just too die for. It’s food you would probably never get on any market in Berlin, so I had another one on the Smorgasburg market a week later, just to make sure to never forget about it!

Three websites – more or less – you visit daily ?
To be honest I don’t really spend lots of time visiting other websites aside from Facebook, Google and Tumblr. I mainly use the internet for work and communication stuff, or Amazon for buying stuff. Sometimes I read some food blogs or look for recipes, or I look for stuff that inspires me on SVPPLY. I also spent hours researching restaurants or travel destinations, but not on a daily basis. I’m outside a lot, so I rather use apps on my phone, like Instagram.

What’s the best thing of running your own foodblog Aicuisine?
I get to cook and bake every day. Over the last half year, I learned so many new things, got to see so many great places. I really began to appreciate telling stories about local manufactures and food places. It is quite precious to be able to go behind the scenes and take pictures of people producing all kinds of food. It opens a completely new world of inspiration and wisdom.

What was the best advice you have ever received (and by whom)?
Probably my art teacher. He realized that I ran out of patience for painting and gave me a camera and 3 rolls of film and said, “I think this works better for you.”

Which FvF portrait is your personal favorite so far?
Although it was one of the first ones we did, I still like the portrait of Malin Elmlid the most. So much has happened for her since our production. We were constantly inspired by each other and were filled with enthusiasm.

What are your three favorite pictures of all of our portraits?
Even though I shot it, Raul Walch with views over Berlin is one of the most concise pictures. As well, the photo of Richie Culver with his gaze out of the window and Marc Atlan with his pink plastic cat in front of the panorama of Los Angeles belong to my favourites. 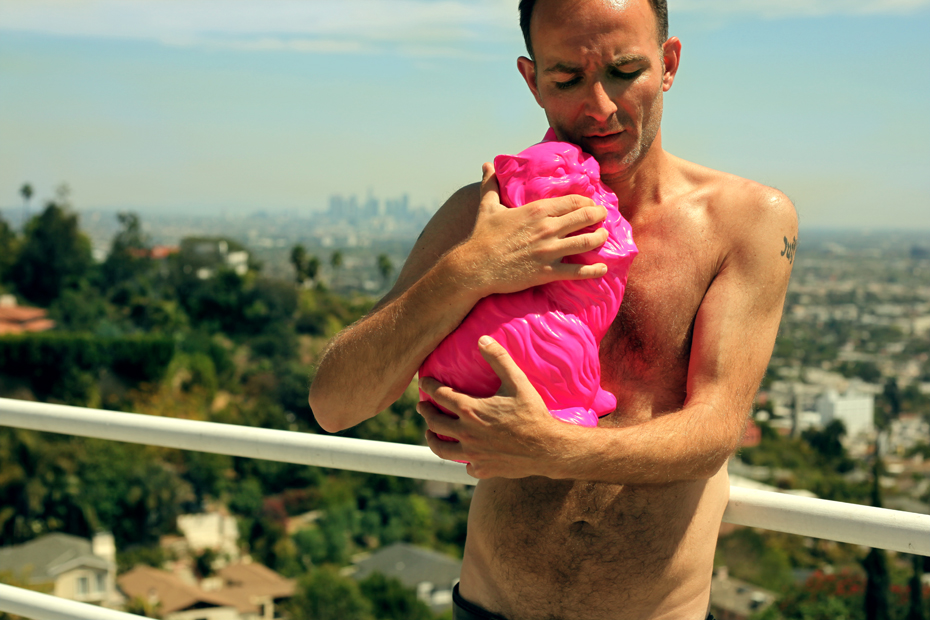 Thank you, Ailine! To find out more about her work check out the FvF portraits she shot and her food blog Aicuisine.