Raised in Berlin by a German father and an American mother, photographer Anna Rose was influenced by both cultures. After exploring the work of German photographer Gundula Schulze Eldowy, Anna became fascinated by the medium. In her early twenties she went on what was meant to be a “short trip” to New York City, ultimately staying there for more than a decade.

Anna began working in photo production before starting to shoot on a freelance basis, eventually moving back to her hometown of Berlin with plenty of experience in her field. Today her portfolio includes work for magazines such as Vice, Refinery29 and Spex. 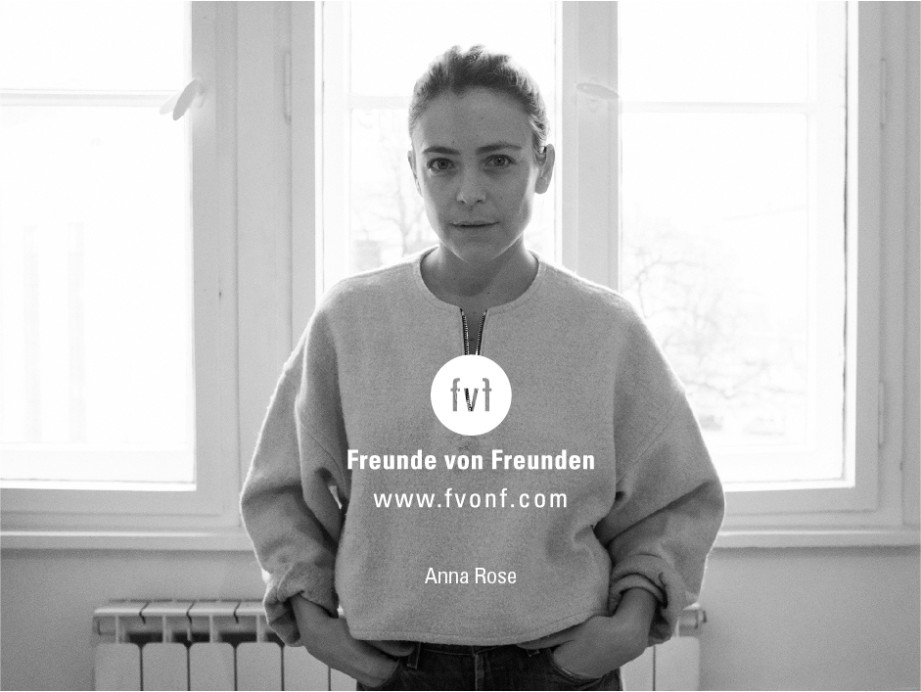 In line with the fundamental simplicity of her portrait photography and the more narrative imagery showcased on her tumblr, Anna has supported Freunde von Freunden over the past two years by capturing inspiring insights into the lives of many Berlin-based creatives. She explored the exceptional home and workplace of artist Friedrich Gobbesso and visited filmmaker Sam Fleischner‘s Brooklyn apartment and beach house in Rockaway Beach. Just recently Anna met with well known DJ and producer Scuba and accompanied him from his Neukölln apartment to a performance at Boiler Room Berlin.

We asked Anna about her main sources of inspiration, her favorite image on FvF and where she goes to find the best slice of cake in her neighborhood.

What’s your favorite daily ritual?
Putting on socks first and then having a coffee.

What do you do when you are not working with FvF?
I shoot for other online and print publications, clients and friends. Overall I am just adjusting back into living in my hometown.

Where do you go when you want to relax or get inspired in your city?
Back in Berlin I am faced yet again with these long and dark winters. Luckily the city is full of saunas and that is great in the wintertime. During the summer, I love riding my bike around the city. Inspiration is different and for me is less about looking for it. It means leaving the house and being open to moments that may change your perception and uplift your spirits.

How has technology influenced you?
I shoot mostly all digital these days and therefore all the file handling afterwards is done on a computer. That would be the biggest influence and change. I don’t use facebook, instagram or twitter as I already get distracted too easily!

Best travel memory?
My friend’s wedding in Kathmandu and the entire trip afterwards.

Your latest artistic discovery (musical, art or design)?
I really liked the big prints of the star series by Thomas Ruff which I saw at the Boros Sammlung Bunker. Also, only this morning I saw somebody post some works by Stefan Bertalan – De Natura Rerum. I would really like to see those up close.

What was the last great meal you ate and where?
It was soo big it counts as a meal! The slice of the orange cake at Martins Place in Neukoelln. I don’t usually care for orange flavoured food, but this cake has changed everything!

Three websites – more or less – you visit daily ?
NY Times is perhaps the only site I go to everyday. I also spend quite a lot of time on youtube and tumblr. Over the last couple of weeks I have been visiting Emeza a lot hoping that this Outsiders brand coat will drop further in price!

Who would you like to see featured next on FvF?
I love to see some people featured that really don’t live like any of us. For example, there is this person in Middletown, Rhode Island who lives underground, like a hobbit. I have ridden my bike past there many times and the suspense of what it is like inside is killing me.

What photographers or artists have influenced you the most?
As a teenager I came across Gundula Schulze Eldowy’s photos “Berlin in einer Hundenacht” in the form of a postcard collection. Afterwards I visited her studio in Pankow. It’s not really that I have moved in a similar direction artistically, but this is what got me fascinated with photography in the first place.

What’s your favorite picture on FvF?
The opening shot of Levi Maestro in the snow. I was captured by the energy of it. 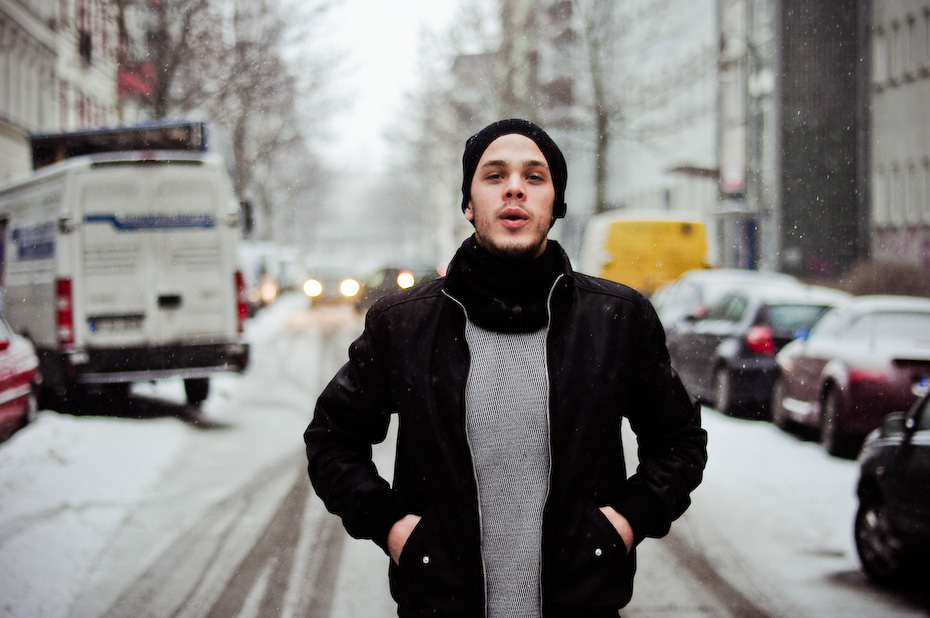 What’s your favorite portrait on FvF?
I love the portrait and apartment of Johanna Burke and it’s fun to look at the creatures she makes.

Where have your recent travels taken you?
My boyfriend and I are going on a roadtrip through the South of Italy to get away over the holidays. In the next month I will be in New York again, which is always worth an extended visit.

Berlin SuperSuperMarkt Art Community Profiles
Community
Back to overview
We use cookies on our website to give you the most relevant experience by remembering your preferences and repeat visits. By clicking “Accept”, you consent to the use of ALL the cookies.
🍪 SettingsAccept
Manage consent