When does that occasion arrive in which an online magazine is able to possess a resume,  which allows for itself a reflection upon the personal content, evolution, and its modus operandi?

Most likely, this particular moment never truly comes. It rather deals with the constant condition of the reflection, which is evidently evoked by the feedback of the reader, friends, guests, who move around in this specific sphere.

Freunde von Freunden certainly does not evolve around any kind of political positions that would call for some sort of localization and annotation in regards to evolution. However, it is discussed, praised, criticised, and intrinsically classified, which is definitely not done insufficiently. 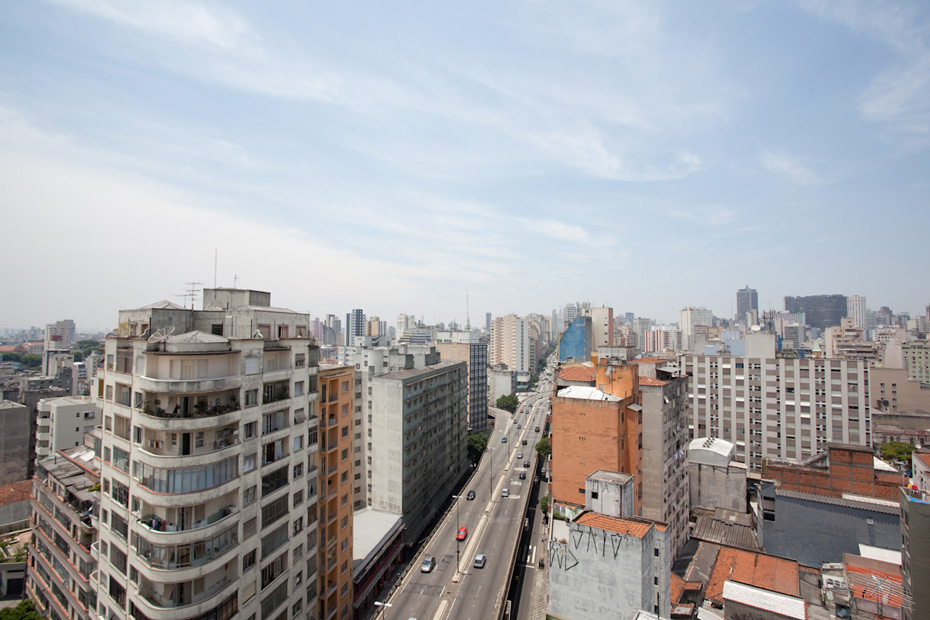 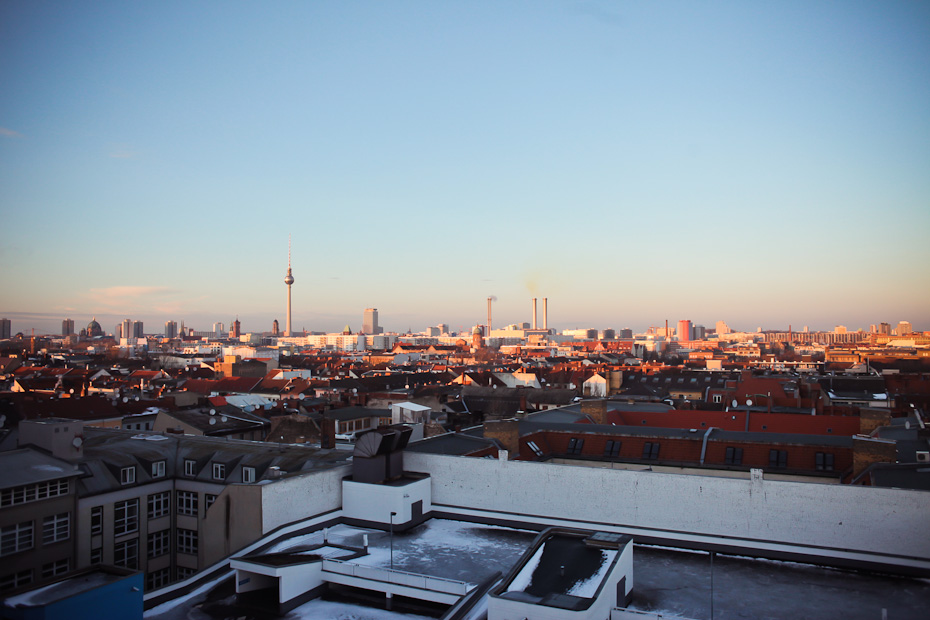 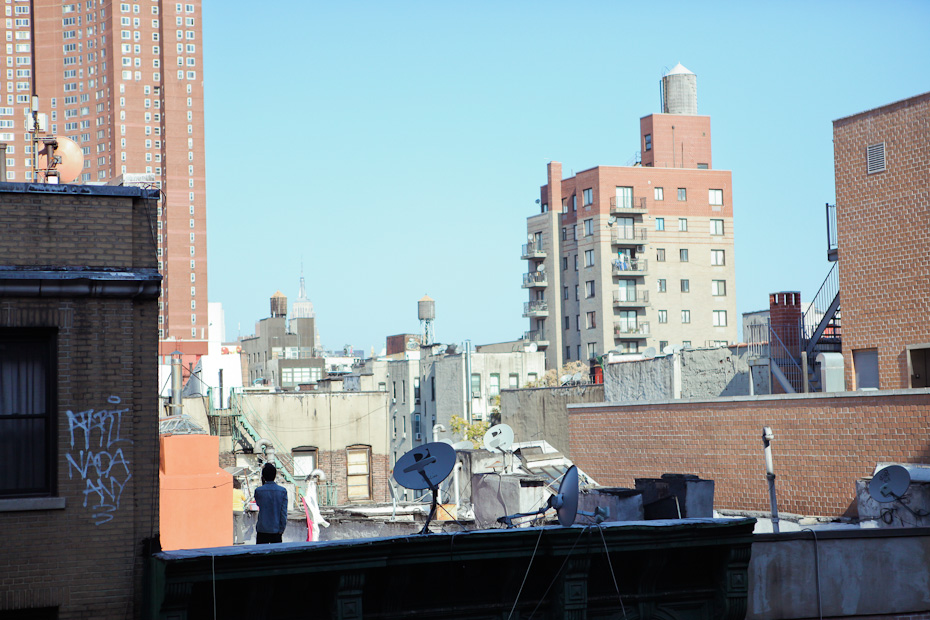 With this in consideration, we are pushed into a thematical atmosphere that transcends the conventional questions of lifestyle and the individualized aesthetic. Nowadays, we are embedded within a cultural discourse of possibilities and uncertainties that are concerned with the creative annex, digital identity foundation, the structural alterations within our cities, the longing for urban self realization, and so on.

During this, the city never solely functions as a fixed setting, but really serves as an initiator, a springboard and aim, as she dominates us and is present within ourselves and produced work at all times. With this, we have arrived at the essential question that is interested in the emphasis of local anchoring and the global character at Freunde von Freunden.

At its starting point in 2009, FvF was something like a neighbourhood project that slowly expanded from its origin in Mitte towards residential districts like Prenzlauer Berg,Kreuzberg,Schöneberg and Wedding.
Not only did the creators of the magazine knew their guests personally, but as well several guests knew each other and occasionally would drink coffee together or party at the same place.

As this occurred, the net of friends expanded itself, and 50 interviews later, one finds the installation of Raul Walch at Conrad Fritzsch’s apartement wall; Raul who with Felix Kiessling, who was featured in the Haw-Lin portrait, actually attended the very same class directed by Olafur Eliasson;  Haw-Lin, on the other hand, works at Eike König, where Frank Höhne once swayed around his pen, and again Eike König is a very good friend of Antje Taiga, who back then was proposed and essentially photographed by Tim Drobovolny. 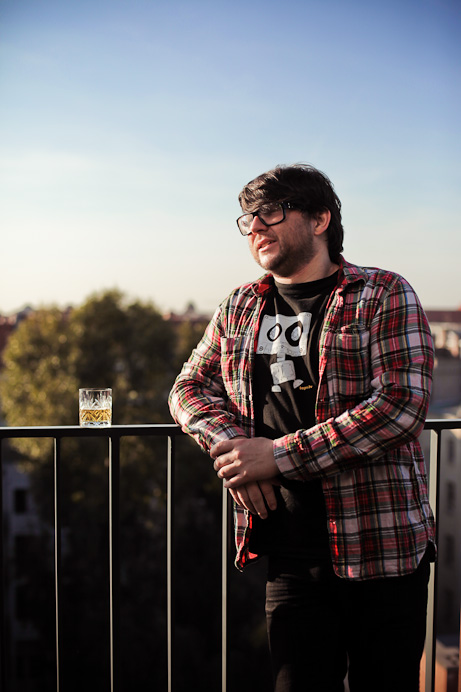 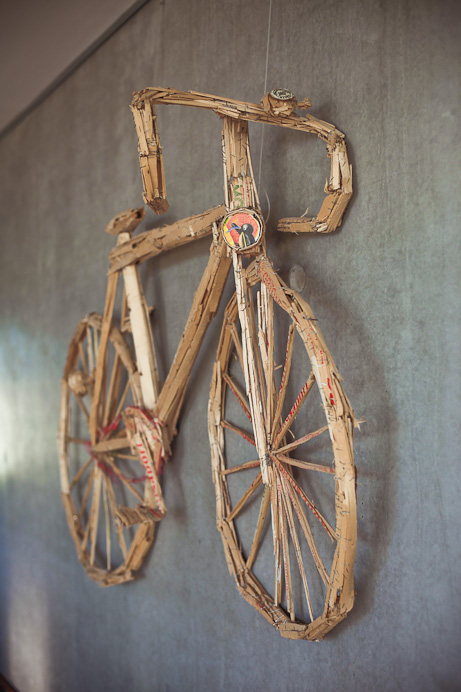 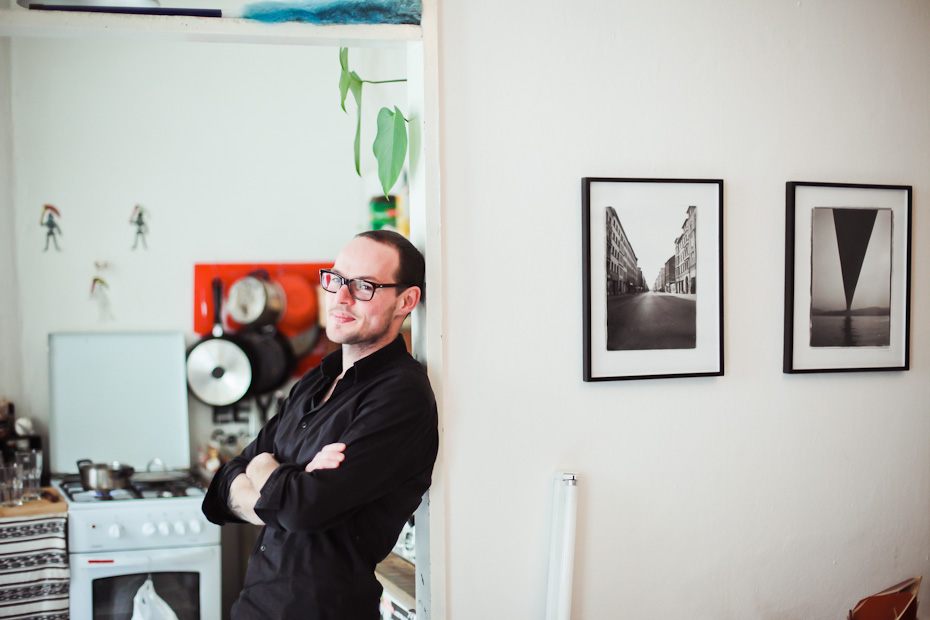 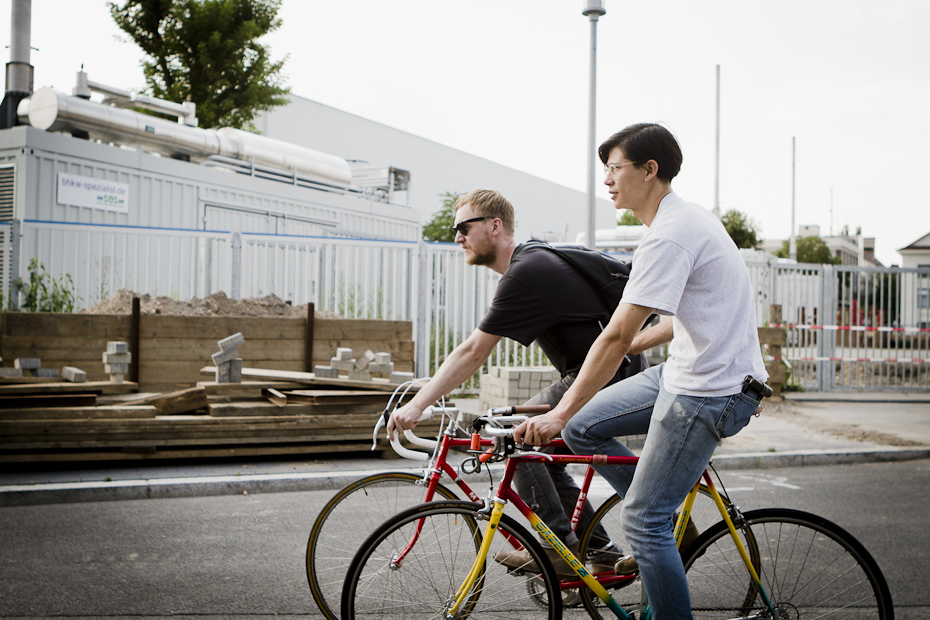 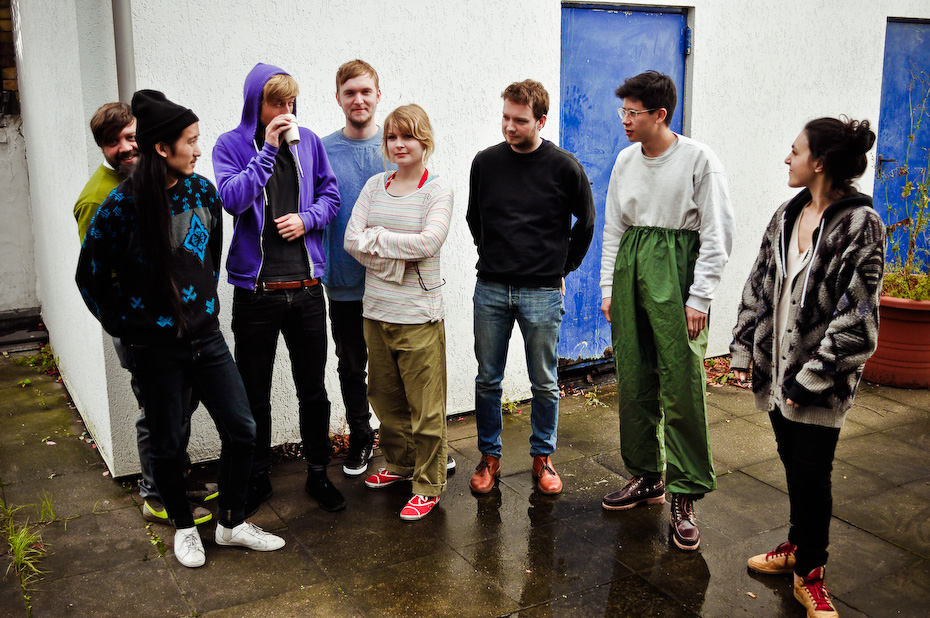 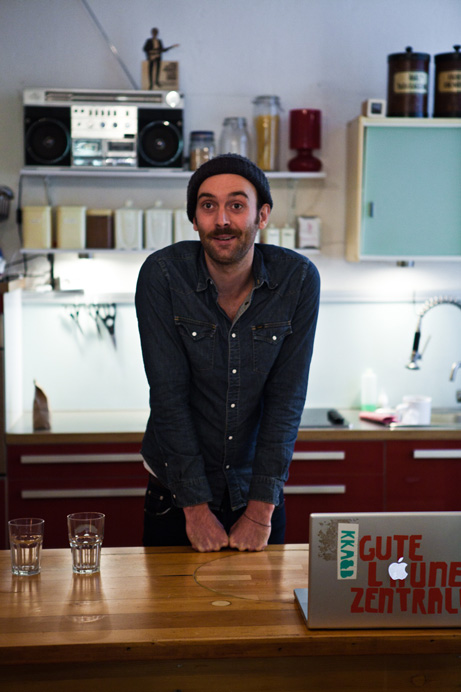 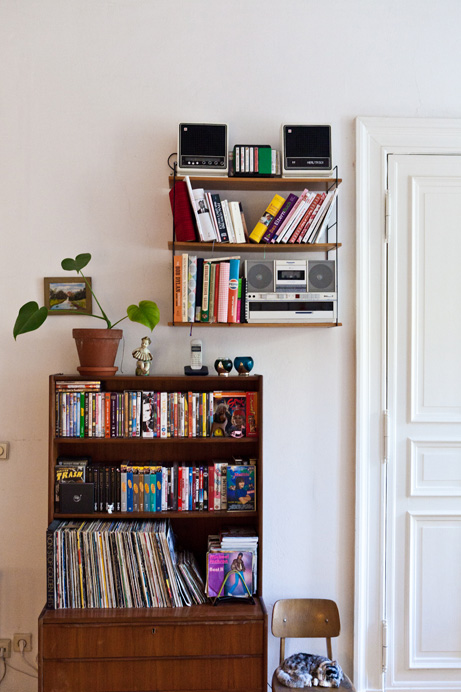 Just like this, one could put our guests into an endless line of connections. Even though the network grew bigger through the relaunch and internationalization, the principle has stayed fixed. Perhaps one would not pass by these particular friends on a weekend at the Maybachufer market, but the connections essentially come back, if it is a joined project in Paris,London, or even perhaps in Istanbul or Reykjavik. 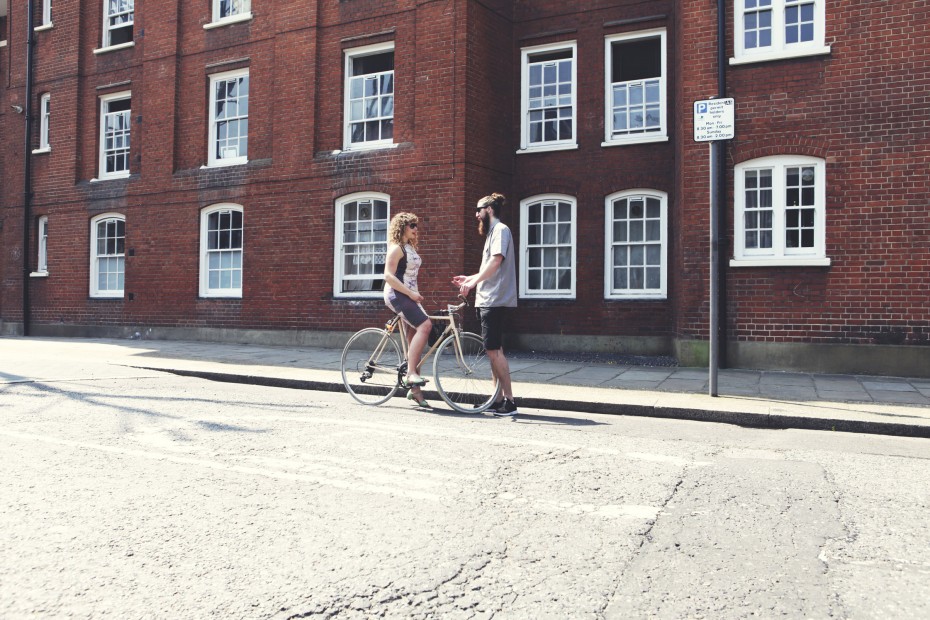 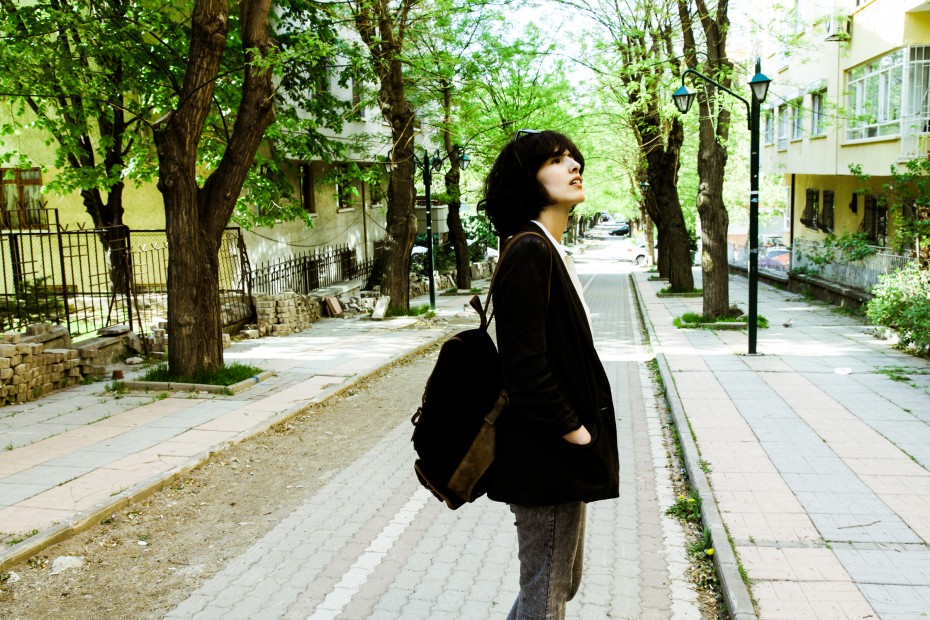 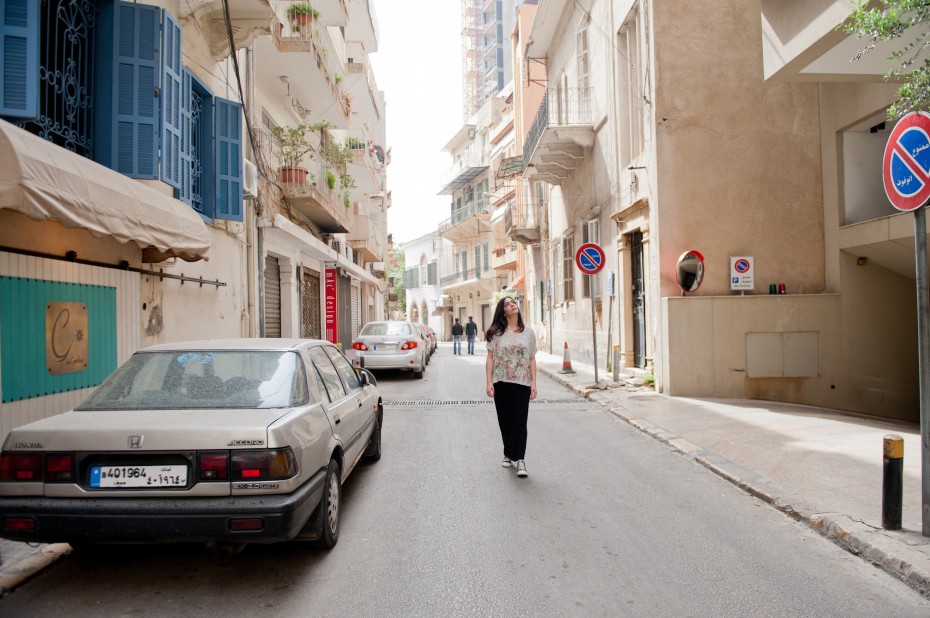 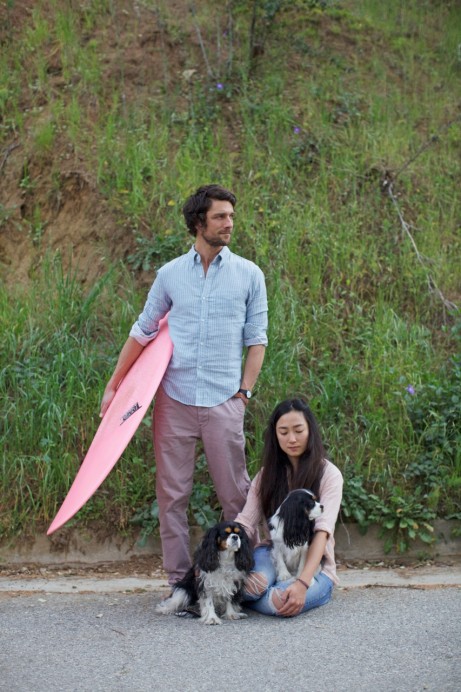 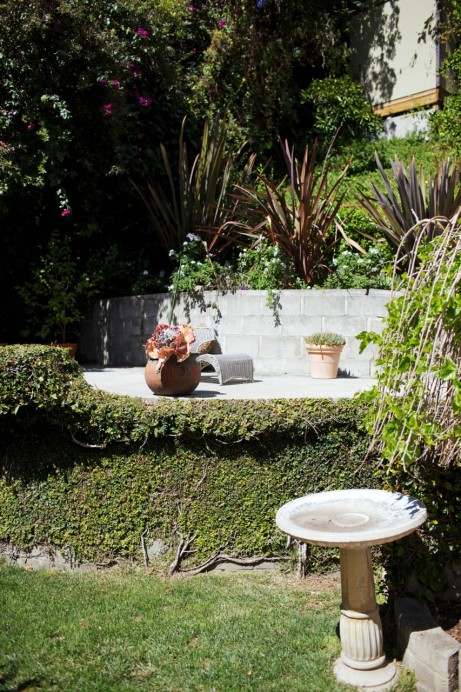 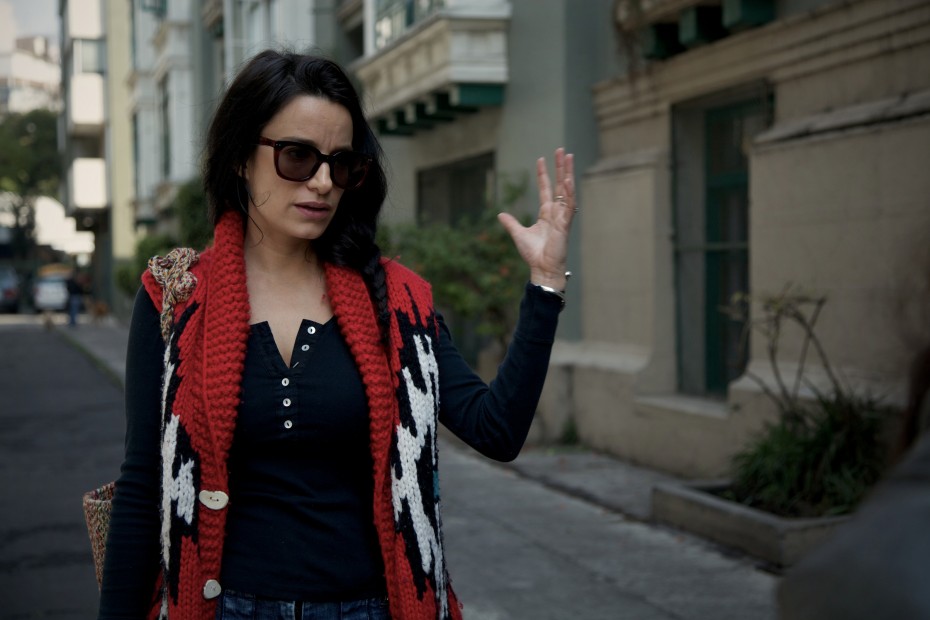 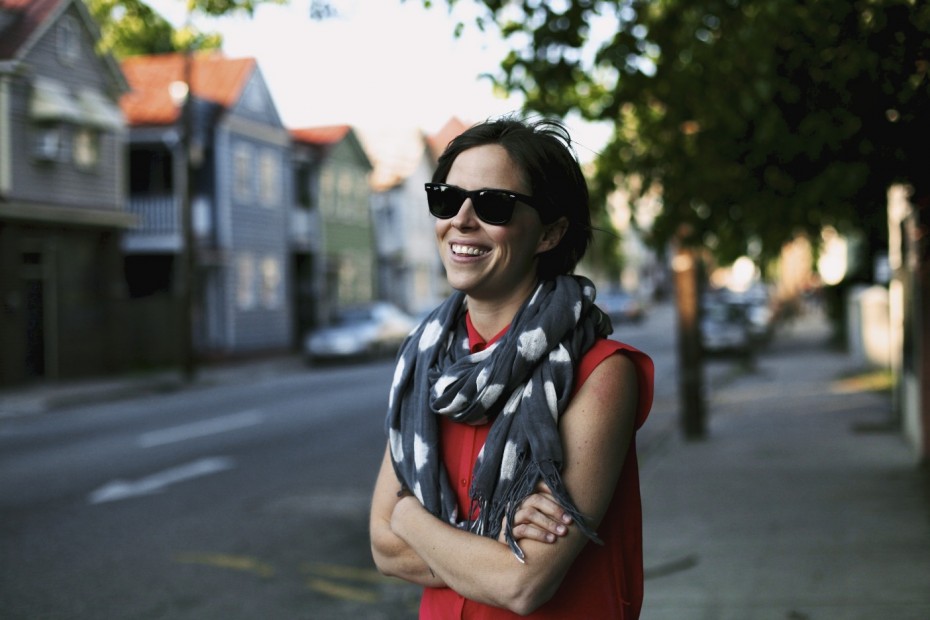 Freunde von Freunden meant specifically this at its very beginning – mainly speaking of Berlin with all its neighbourhoods, its creative interval, the colossal flats in old buildings, and a specific group of young, innovating individuals who shape their lives in alternative ways, even if this does not mean to have contained less hedonistic values.
But was this really something specific for Berlin, if one discounts those typical vintage flats with their never-ending ceilings? Despite the audible-growing scepsis, distressed by the idea that familiarity of cities and character, its very inner core, might get lost, it was FvF’s decision that defined what it really stands for: People and their stories.
Stories like this are now being told in over 25 cities. However, not only did the places become more diverse, but as well its guests and their professions, stepping away from the classical artist, designer, and curtator. 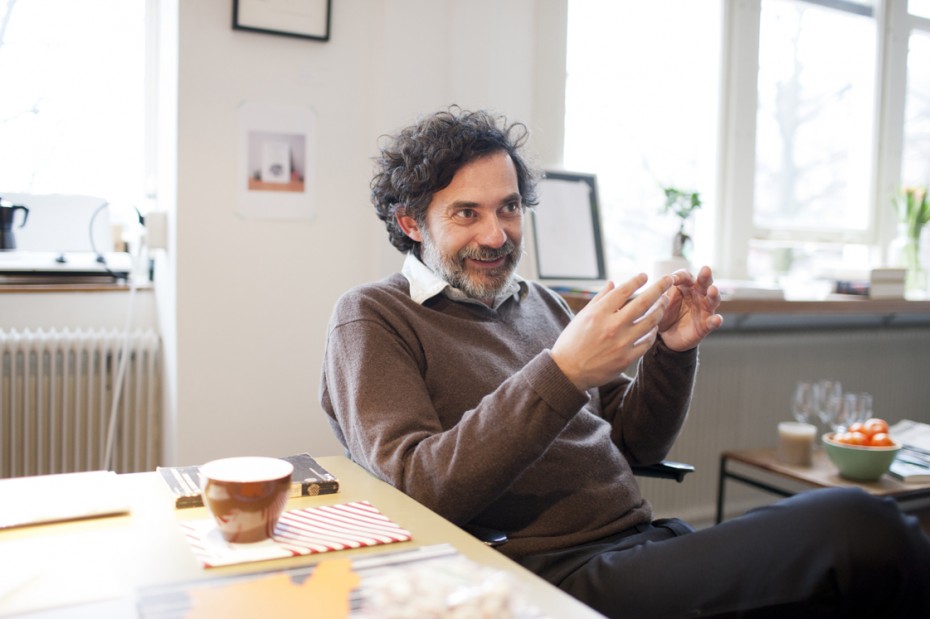 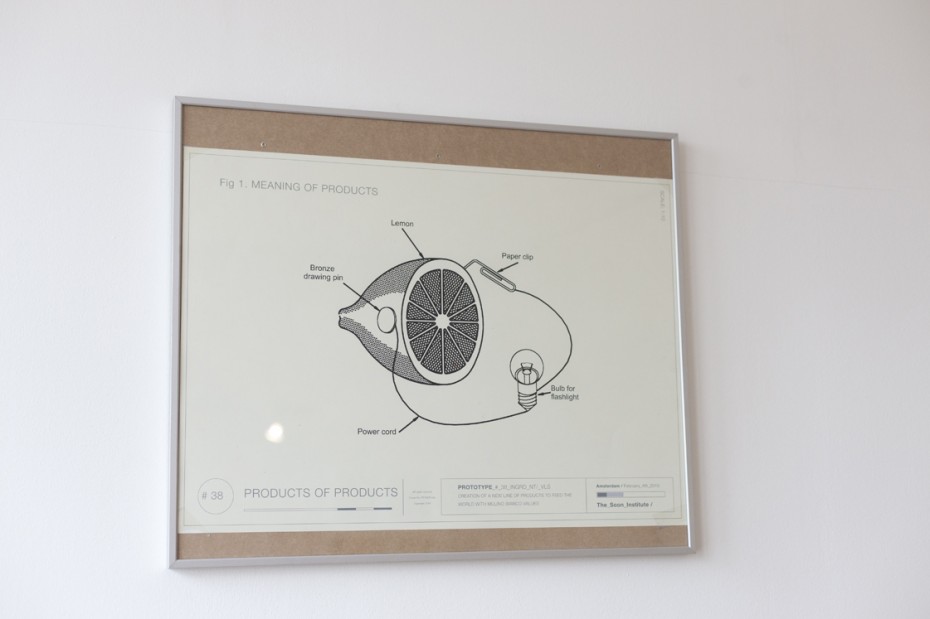 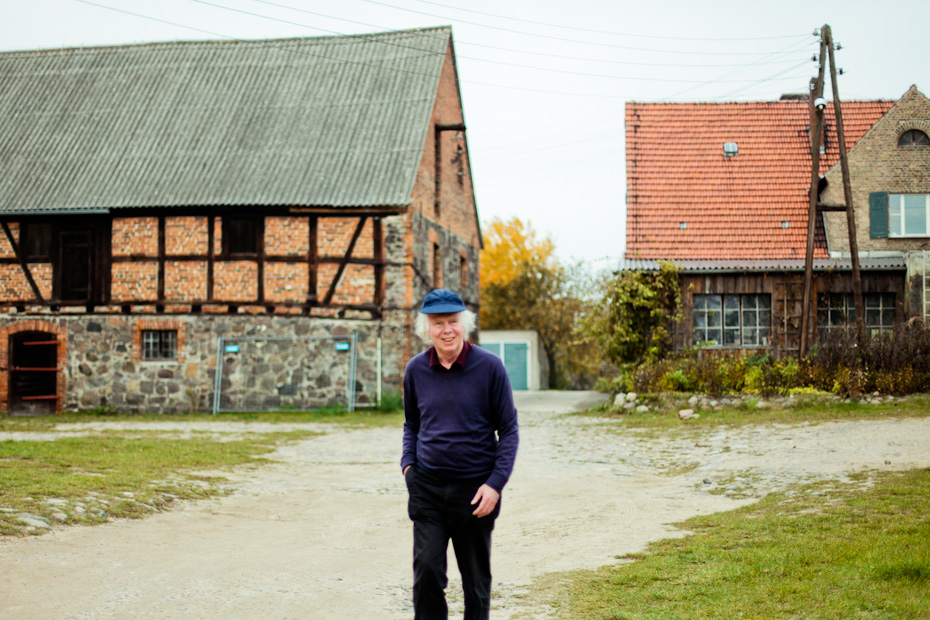 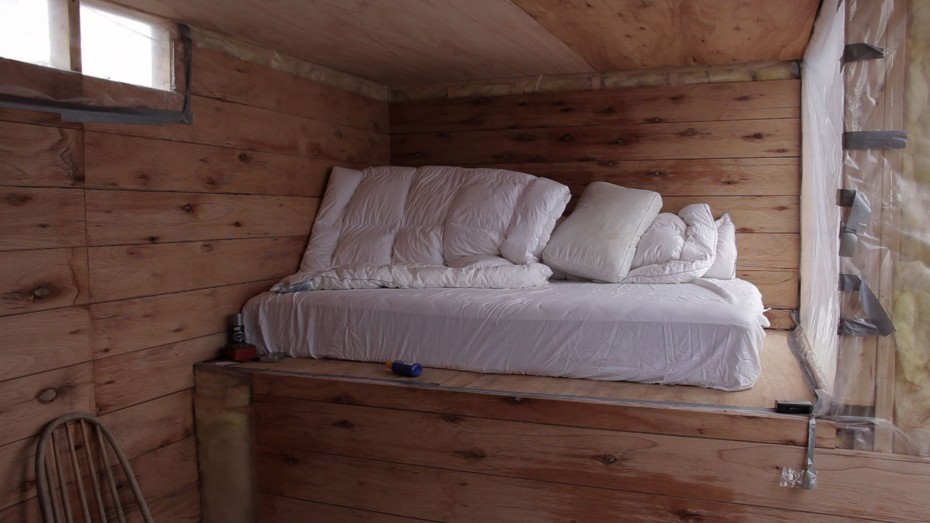 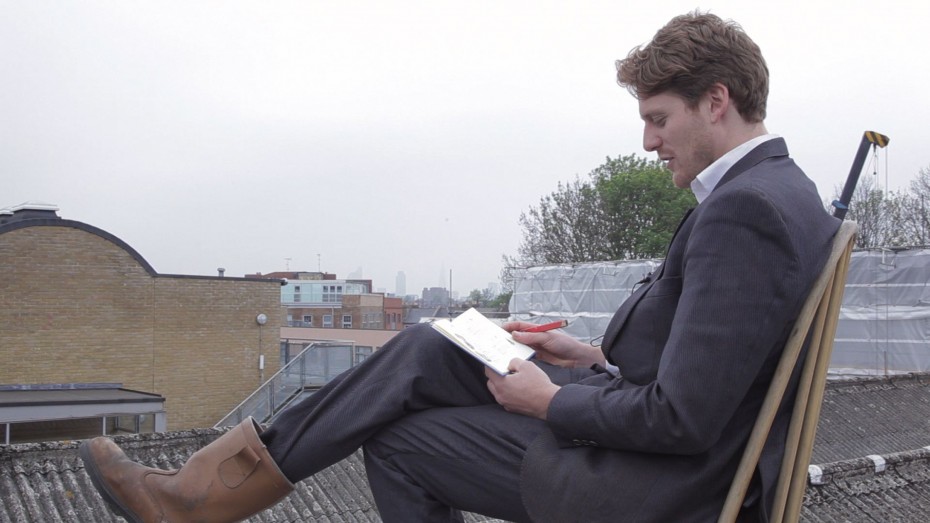 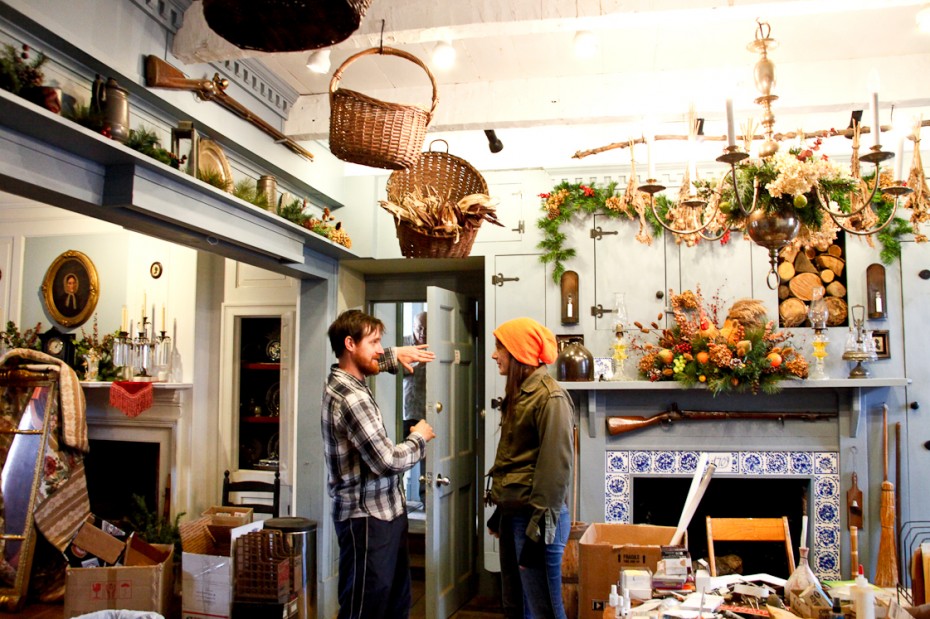 Often the question is posed with what criterias we choose our people. But there are none. FvF portrays designers, curators, artists, authors, inventors, salmon-smokers, composers in all ages, literally cracking the age 100 very soon. The question about who FvF chooses is similiar to the question what FvF actually stands for. Naturally it deals with the aesthetic and the living culture, and without doubt it is concerned with sharing an outside glimpse into the inside.

This oscillation between private and public, identity, and self-marketing, has long been part of a freelancer’s reality which necessarily obsoletes the question where authenticity really ends and where the staging initiates. Behind this visual surface, first and foremost stand the portraits of people, who managed to create an individualized and free space in a fast moving and mobile world.
Furthermore, another common denominator exists – the absence of a straight-leading life. Perhaps the most beautiful perception lays in the disproof of the “determination equals success” equation that we have been taught from early age. Meanwhile the digitalization is responsible for the loss of importance of architectonical limits, the online magazine is in search for the Genius Loci and finds an entire spectrum of small, untouched islands that obey their own kind of regularities.

The first traces of cultivation of home decor go back to over 10,000 years and extend themselves all over the world. Today the concepts ‘to live’ and ‘to reside’ are used as synonyms. As viewing the portraits, perhaps some of this universal Geist is contained within.
Andy & Elsa Beach beautifully narrowed down this idea in the last issue of Apartamento, which I personally think applies to most of the 170 guests:

“A real living space is made from living, not decorating.
A bored materialist can’t understand that a house has to become a home.
It happens, not through perfection but by participation.” 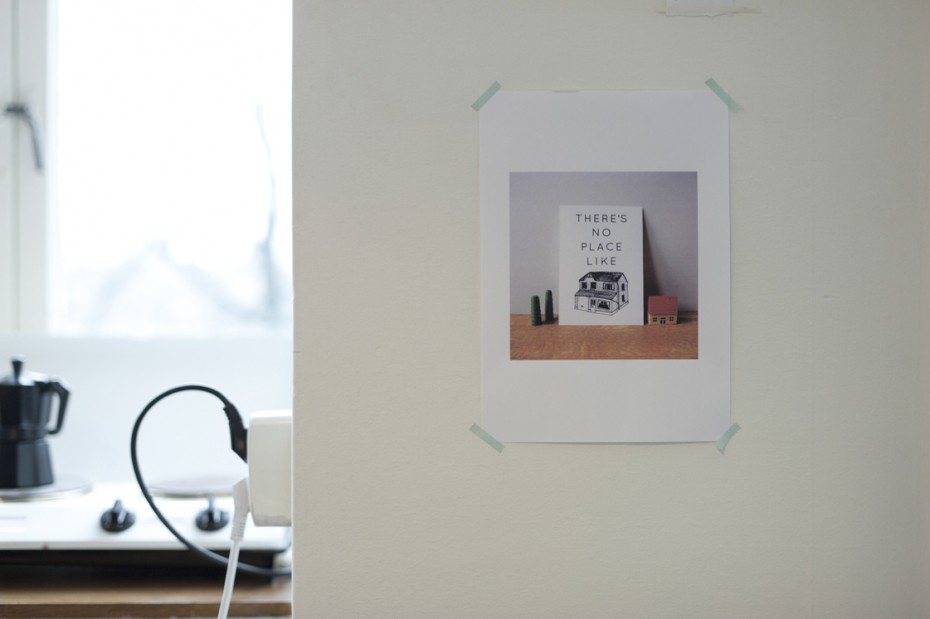 Three women at the intersection of sustainability, inclusion, and wellness

A Song For You: The power of many voices becoming one

Berlin Community Music
Community
Back to overview
We use cookies on our website to give you the most relevant experience by remembering your preferences and repeat visits. By clicking “Accept”, you consent to the use of ALL the cookies.
🍪 SettingsAccept
Manage consent